Being raised in UK, most of my so called Chinese foods that I've eaten come from Takeaways and Chinatown.
It's a shame that Hong Kong being the home of Chinese food doesn't serve good Chinese food unless you fork out at expensive places or hunt for it at some smaller joints.

Since coming to Hong Kong, I have rarely had sweet and sour pork because restaurants get away with coating rubbish fat and meat with flour and thinking they can get away with.
Theoretically they do as for some strange reason people do eat crap and they can't even taste foods that have gone wrong or rancid,

Hence ordering sweet and sour pork is a waste of money as you are just biting into pieces of fat and crap, whereas you get pieces of real meat in other countries.

The main issue is the meat because it is not fresh and often the chefs just use too much oil and seasoning.
I am so glad that some Western restaurants have set a good standard such as Madame Ching and Yum Cha.

At Goolo, I was impressed that you could choose the pork for the sweet and sour.
You get to choose from Pork shoulder, Pork Jowl and Pork Brisket.
I liked the way the sauce is served separate and they have 5 different sauces for you to choose from.
In UK , the sauce was always served separate in some takeaways so that the pork can remain crispy by the time you  take it home.
Another item I had to try was the sparkling sugar cane herbal tea so I had that as a set with the sweet and sour pork. 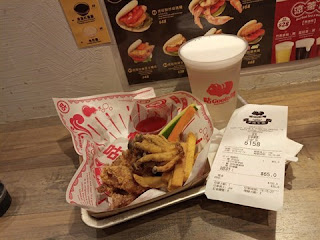 I chose the pork shoulder as I wanted lean meat. It was coated in corn starch which is the same as the coating used in takeaways so I found it comforting already.
After taking a bite, it was just like the sweet and sour pork in UK with a decent piece of meat in the middle.
The pork was so tasty as the frying oil was fresh which didn't ruin the crispy coating.
THE MOST IMPORTANT BIT WAS THAT IT WAS FRESH AND IT DIDN'T HAVE WEIRD BITS OF FAT AND GRISTLE SO I WAS PLEASED.
I know HKD39 is a bit much paying for a few pieces of pork but paying HKD50+ for crappy sweet and sour pork with only one piece of pork that is edible is a bigger waste.

As for the sweet and sour sauce, I liked it as it was more tart than sweet but frankly it tasted like tomato ketchup mixed with vinegar.
But technically the Sweet and sour sauce recipe in UK does have vinegar as I have seen it being made before.

For the sides you can choose from Fried Luncheon Meat, Crudites, Fried Mushroom, Potato Wedges, Calamari, Pigs Ear, Salad and meatballs which I thought was boring except the mushrooms and luncheon meat.

Last but not least, the sparkling drink was so damn good that I wish I could get this drink more often as it wasn't too sweet.

Posted by supersupergirl at Friday, February 15, 2019 No comments:

Spotted this Indian joint a few days ago and I wasn't sure whether to try it or not as I was worried it would be localized especially in Kowloon City.
On one side it was English and the other side was Chinese so I thought it was two restaurants.
I have always heard "mangmai" on the Chinese weather forecast but never knew that it was Bombay until now when I was told the Chinese name of this restaurant. 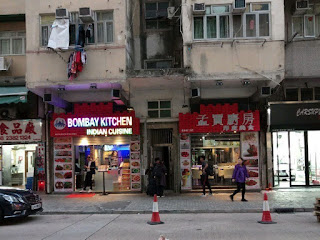 Anyway, decided to try it after browsing the menu as it had almost everything but they said the menu would be changed soon which is why I had to try it now! 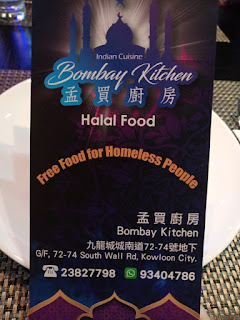 They even had Bhurji and Momo on the menu! 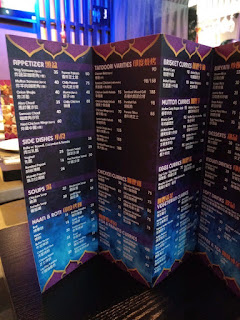 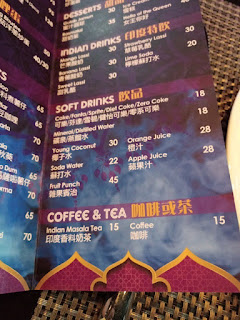 Every dish we had was fantastic so I would definitely recommend this if you are in Kowloon City.

Started with the fried rice which I usually order because it always tastes better than Chinese Salty Oily fried rice.

Although they used Jasmine rice and not Basmati rice, it was still good. 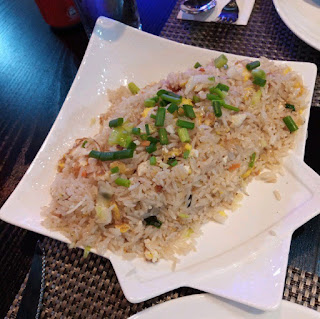 To accompany the rice, had it with egg bhurji and lamb sagwala.
The egg bhurji was slightly drier than the one I had at Noble Spice but still tasty with lots of spices. 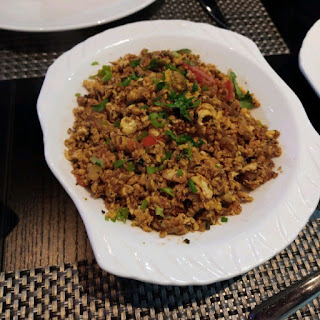 The sagwala was also as good as Chautauri but had a super fiery kick to it. 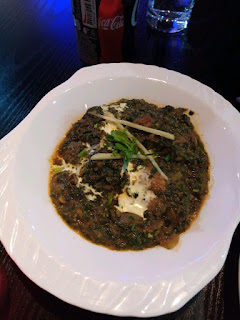 Also had some plain rice to go with the curry and my favourite jeera aloo. 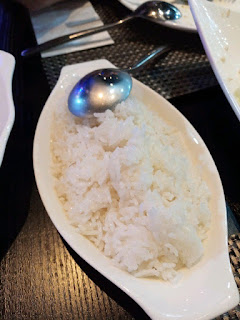 I was so pleased with the Jeera Aloo potatoes as they were fluffy in the middle with a crispy exterior laced with herbs. 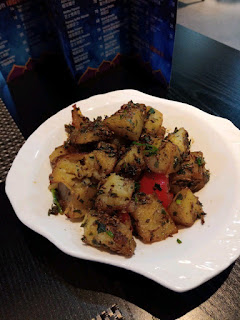 Definitely will be returning to try the Aloo Gobi and Butter Chicken!!