I was so glad I came here for lunch because I have never had Latin food before and there is live Latin beats which make it fun to dine there.

I liked their wooden cutlery.

Anyway, I had the lunch set which basically lets you sample most of the things on the menu.

I love Chimmichurri anything because it is so refreshing and Chimmichurri quinoa was really appetizing and the shrimp they put in it was fresh and springy.

++++++
Sancocho:
For soup, they had Sancocho which is South American Stew.
It was the vegetarian version so I really liked it, it was light yet flavourful with lots of vegetables in it.

+++++
Empanadas:
These are fried dumplings served with sauce.
I have tried similar versions before at a Philipino joint and a Jamaican joint.
Anyway, these were filled with beef and tasted great with the sauce provided which is a bit like Chimmichurri.

On the side, there was Yuca which is a root vegetable that tastes like Taro.

+++
arepas rellenas:
These were Corn flour based pockets filled with chicken that look similar to roujiamas.
They were light and filling

A new story for Wan Chai

Hei House is located on Lei Tung Avenue, a new street in Wan Chai which used to be different and old specializing in Chinese wedding accessories.
There is quite a debate on this street because it is so different but I love it and I love the buildings and red lanterns.

I find myself constantly drawn to this street and I spotted Hei house immediately because it had a different style, you would think they serve Cantonese dim sum because of the steamers but they actually serve Malaccan inspired dishes.

Out of all the eateries on Lee Tung Avenue, this was the one I wanted to try first so I did.

The decor is oriental with a dreamy touch and the chandelier that is constructed with Chinese plates is just amazing.

As well as the environment, the staff were really friendly and warm.
They provided diners with portable heaters downstairs and upstairs as well.
The staff all spoke good English and knew about the dishes when I asked which is really helpful when you are trying to decide which dish to pick.

Went here for dinner because lunch is too rushed and evidently popular, the menu has so many choices and a good variety of drinks too.

Some items on the menu have an English touch to it so I had to order them.
Portions are big which makes it great for sharing.

On the table, there are a set of chopsticks, a knife and fork so you can eat using whatever you prefer.

The menu is nice and descriptive so it gives you a good picture of what you are ordering and I like the way it suggests you to return one of the dishes if the egg is not runny as stated.

This was English pork knuckle stuffed with Chinese doughnuts accompanied with a pot of Bak Kut Teh soup which you pour on it when you eat.

As well as the knuckle the BKT soup was really good with a strong taste of herbs.
It would be interesting if they had BKT gravy because it might taste nice.
++++++
The crab rice:

This is a dish for crab lovers~
It has a big pile of crab roe AND crab which is from Devon.

The rice beneath it is cooked in lobster bisque which gives it a rich lobster flavour and there is a Tom Yum broth as well to make it less boring and give it an extra kick.
++++++
Spicy 4 cheeses fondue:

I was surprised they had this one the menu but I love cheese fondue so we had it.

It came with herbed croutons, bread, cauliflower and broccoli.
This is great on a cold day but I found the spices a bit too spicy for me.
++++++
Little Indian spiced Fish and chips with Laksa dip:

I thought this was wicked because I love Indian food and Fish and chips.
Basically, they have combined the two!
The fish and chips were taken to the next level because they had a hint of curry to it and the Laksa dip in the middle was damn good with the chips.
++++++
Porcini, forest mushrooms and 5 spices tofu wonton with porcini and kombu consume:

The wontons were on the sweet side but the broth was strong with a bold kombu taste so I liked it.
++++++
Devon crab toasts:

This was flawless with a nice hint of black pepper.
Unami at its maximum.
++++++
YO:

This might be strange for some mixing yoghurt and coffee but I liked it because I liked the bitterness of the coffee contrasted by the tart yoghurt.
I would have liked it if there was more yoghurt so that it was thicker.
++++++
Hey Jude:

As well as YO, this was another English drink for me because it had tea and marmalade!~
Very refreshing and perks up your mood.
++++++
I'll be back for lunch.
Posted by supersupergirl at Sunday, March 13, 2016 No comments:

On one of the floors they have displays and a figure pop up store. 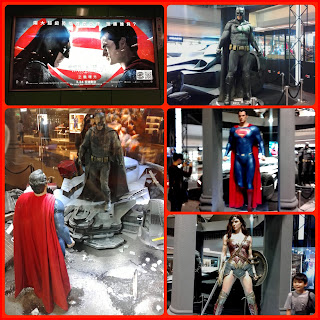 There is a game area where I played this interesting asteroid game, which you exterminate asteroids by just staring at them. 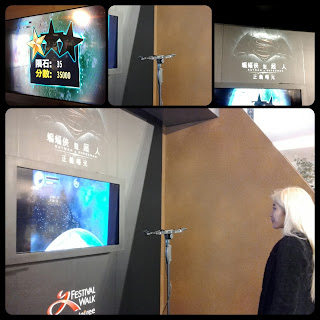 It felt pretty weird even though I knew the eye sensors detected where I was staring at.
[You can get play this for free when you spend over $300, see Festival Walk Facebook for more details]

Adjacent to the cinema, they have a pop up booth selling macarons, chocolates, cookies and cupcakes.
I really liked the macarons and chocolates because they were colourful. 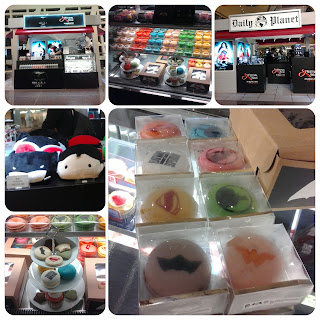 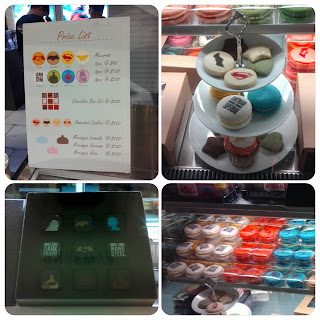 As a foodie, I got my hands on a jar of cookies, macarons and chocolates.
The macarons were great and not too sweet, my favourite flavour was Parmesan which had a nice savory filling. 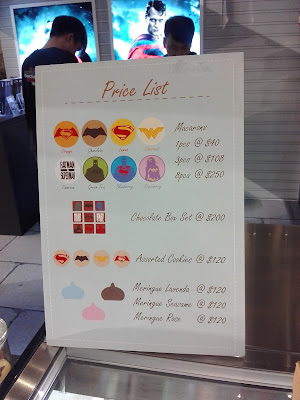 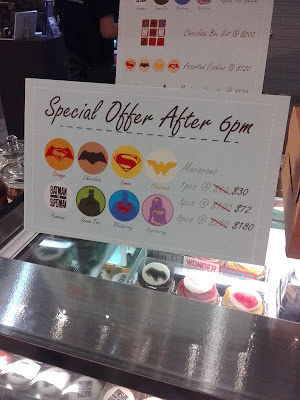 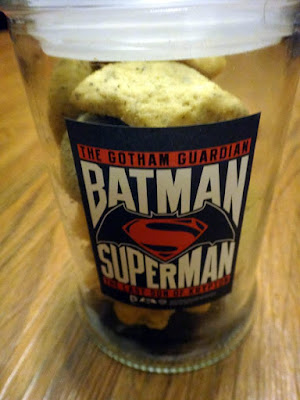 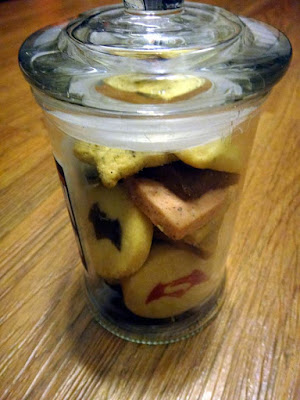 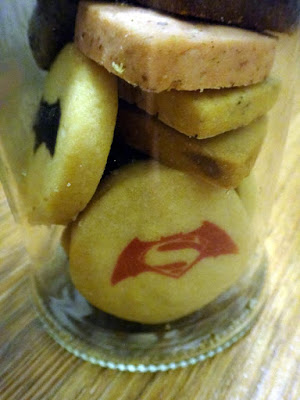 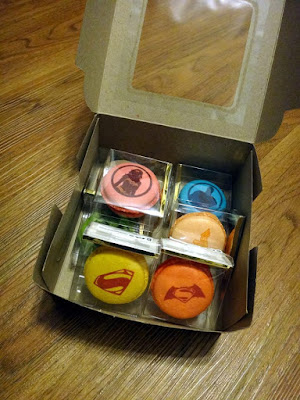 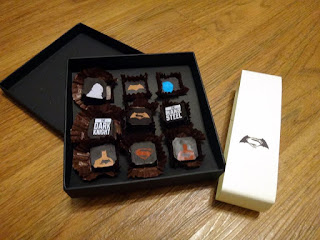 At the Daily Planet store, they have wristwatches, Cosbaby plushes and other goods.
There is a cute batmobile case for kids. 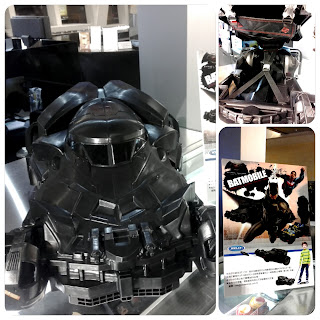