Only came here because the locals wanted some Chinese food.

I had no expectations for this place and did not know what to expect because I did not check any reviews before coming here.

Anyway ordered quite a lot of stuff because there were many people but I am only bothering to write a few because the rest were just typical Chinese food such as chicken and steamed fish.
The fish was nice but the oil ruined the natrual taste of the fish.
The vegetables had a choice of sauce so I chose prawn paste and the waitress said nobody has Chinese lettuce (yau muck choi) with prawn paste!
But if you have been to TAI O, they actually have a dish which is Chinese lettuce in Prawn paste sauce.

Lobster with noodles in Cheese sauce:
The lobster actually had meat, which was good unlike other restaurants that cut it irregularly that there is no meat.
The dish was best eaten hot because after a while the cheese got sticky and tasted heavy.
Overall I quite liked it because the cheese sauce was generous and not too much milk was used it in.
++++++++++++++++++++++++++++++

I have always liked Peking pancakes with duck and Hoisin sauce served overseas but the ones you get in Hong Kong are just fatty duck skin.

Although the twister was extremely delicious I was mega hunrgry after eating the meal!
Posted by supersupergirl at Wednesday, May 30, 2012 No comments: 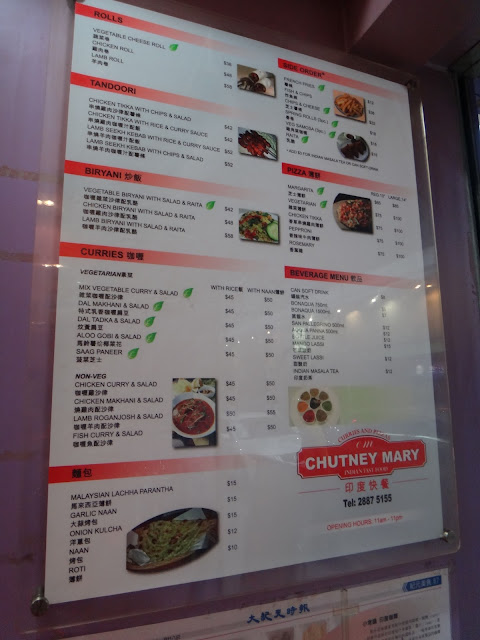 Posted by supersupergirl at Wednesday, May 23, 2012 No comments:

Email ThisBlogThis!Share to TwitterShare to FacebookShare to Pinterest
Labels: menus

The camera packed up when I took pictures of the noodles so I only have the product shot which is much the same as the real thing.

The Sichuan noodles were only $18 so gave them a try.
They have a non spicy version so I ordered that.

When it arrived it the noodles were in soup.
They had given me the wrong noodles so they politely took it back and exchanged it.

When the correct one arrived it looked almost the same as the product shot but since my camera packed up, there is no picture.
The noodles were yellow and there was lots of coriander, peanuts, beanshoots and pickled vegetables in it.
Although the noodles are served cold, I thought they would be at room temperature but they were chilled.

The sauce was slightly too salty with lots of MSG but despite that it was really nice.
The sichuan peppercorns were not that strong and the sesame paste sauce could have been stronger too.
But I suppose for a location that is away from the city the noodles surpassed my expectations.
Posted by supersupergirl at Tuesday, May 22, 2012 No comments:

Tried the sichuan chicken (hau sui gae) which I do not know the English name for but I cant make up a name for it because it will sound ridiculous because it would be called saliva chicken!!

The display they have on the table does not look good but I decided to try it anyway.

As usual the portion of rice is big!!

The picture shows a chicken leg, but I have tried both the chicken leg and breast, however the chicken is really tough in both cases, so the chicken must be old or it is a free-range chicken.
If the chicken could be slightly more tender and served with plain rice it would have been perfect because the sauce was delicious.

I have always wanted to try the Quesadilla with chicken but it was only offered during breakfast and tea times.

Luckily they now offer it a la carte.

++++++++++++++++++++++++++++++
They had self-service hot water, which was really good because it will not hold up queues for people who just want some water.
The only disadvantage is that non-paying patrons could pretend they have bought a drink there and take up the tables.