I was quite shocked when I saw this guy chasing after this injured pigeon, initially I thought he was gonna take it to the RSPCA but he said it was for soup! I really admire his effort chasing the bird, killing it, plucking the feathers to cooking it! all that trouble when u can just order pigeon soup from a restaurant! I wonder if it has bird flu! 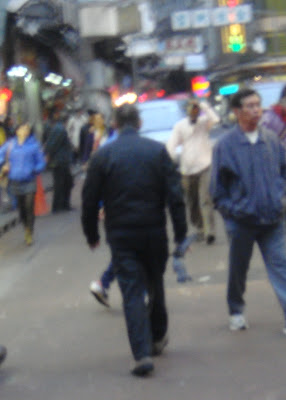 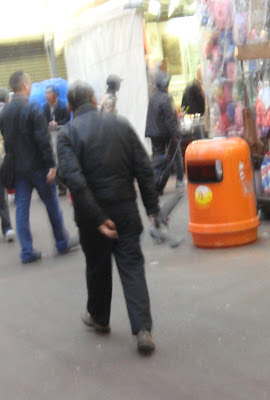 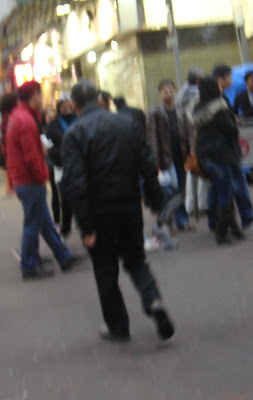 Posted by supersupergirl at Saturday, January 26, 2013 No comments:

Although I love the salads at Beautifood I like to try new things as well and now there is finally something new at Beautifood.

They now serve soup, which costs $30 per cup.

Basically the broth base is chicken bouillon, har-mi infusion and miso and you can choose three items to go in the soup:

I finally tried the soup before the tasting at Arome Bakery because I needed something savoury before I can eat sweet things.

On my first sip, it was quite spicy because they put kimchi in it.
As the soup cooled down I was able to taste more flavours.
I was really glad I chose rice because it was slightly filling and made the soup not so salty.
It was really good they used brown rice (the rice that they use for their burritos)

I ended up really liking the soup so I went back again for the soup again this time trying the lobster.
The tofu was really nice because it was bonito style and the tofu that they used was the firm type which I like.
★☆★☆★☆★☆★☆★☆★☆★☆★☆★☆★☆★
Lobster, spinach and mixed rice soup:

This time I opted lobster for an extra $10.
The soup was too salty this time but the lobster saved the day.
It was REAL lobster meat from a big lobster claw and not tiny crayfishes that restaurants like to pretend as Lobster!
You can see the lobster patterns on the peach coloured part too!

The lobster meat was divine because it was chunky, fresh, tender and had no shells attached!

The lobster they used was probably from Bo-Innovation which is great stuff!~

You can see the chunk of lobster was as big as the tablespoon!
I doubt you would find lobster chunks this big at other restaurants unless you are paying a high price for it and usually they serve you shredded lobster meat which disappears when cooked!

I will sure be back for the lobster soup again and order the salad as well!
Anyway, I will go again and see if the soup is still salty and see if I get those big chunks of lobster again!

Anyway, next time I will get the soup and salad deal for $68 since the salad is a full portion.
If you are worried about the soup being spicy you can request it without the kimchi spices.
For improvements: If the soup was not that salty then it would be perfect!
Posted by supersupergirl at Friday, January 25, 2013 No comments:

Wichael Alone...yes you are alone, no one wants to copy u

Posted by supersupergirl at Wednesday, January 23, 2013 No comments:

Mix and Match with style and be a champ

I have always wanted to try this place because the of the Liverpudlian atmosphere.

It is slightly similar to Dicken's bar at Causeway Bay, however this place is so much livelier for football fanatics with football shirts and pictures on the walls.

For lunch they offer MIX and MATCH which is basically a semi buffet with a choice of lunch from the list for $108 and if you have a specific credit card there is an extra discount.

Lemon tea is free flow and there was also tea and coffee at the bar too.

For starters, there was various of cold cuts, cheeses and salads.

The steak was cooked just right and it was nice and tender too.
It came with delicious potato wedges.
★☆★☆★☆★☆★☆★☆★☆★☆★☆★☆★☆★
Baguette with roasted beef and horseradish sauce:

This was also a must try because it was roast beef from their carvery paired with delicious horseradish sauce.

For desserts, the range was quite good and exotic because they had the Singaporean pandan cake and this Indonesian layered cake.

They also had lavender mousse as well for flower lovers.

Posted by supersupergirl at Sunday, January 20, 2013 No comments: