All you can eat Japanese food

Discovered this place on the way to RedMR, it is located near K11. 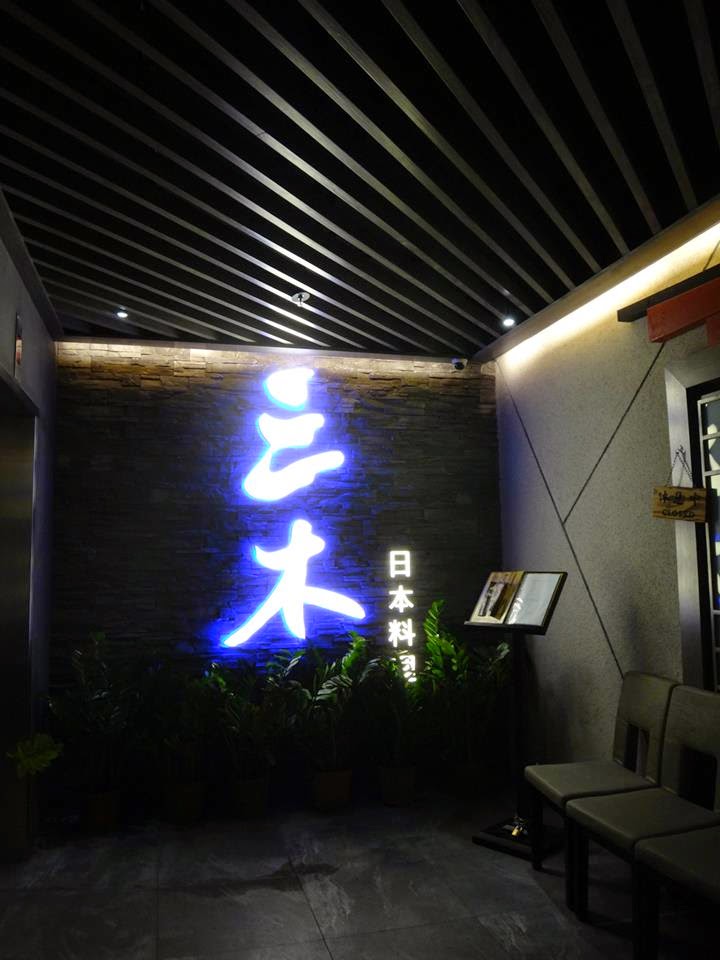 There are two sessions and the earlier session is better because there are less people. 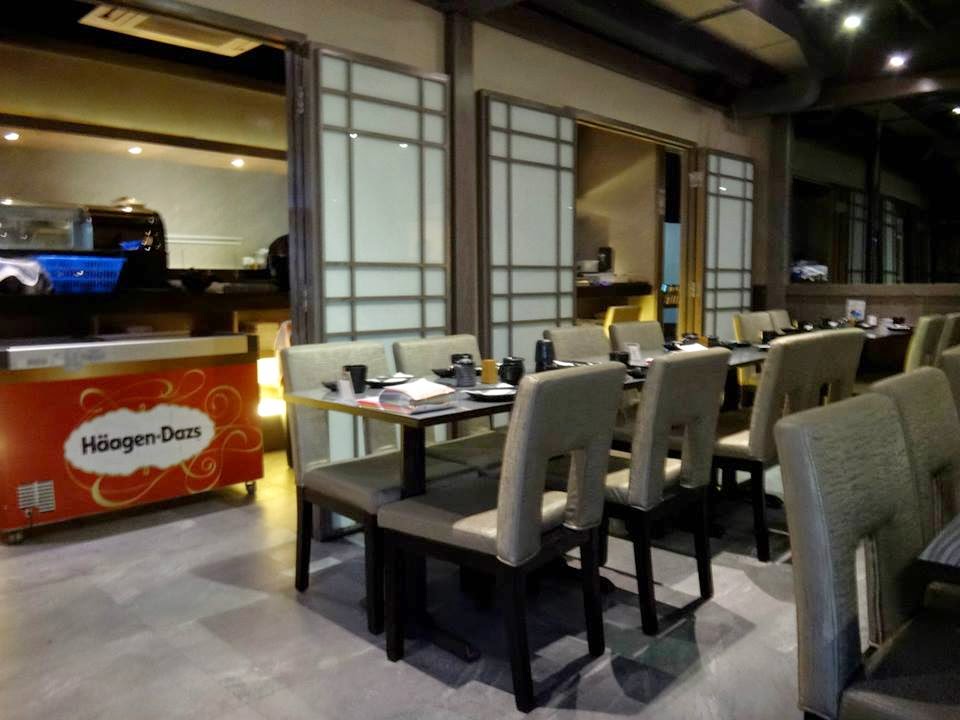 As I wasn't very hungry that day I only had the congee and a few pieces of sushi and sashimi.
The flame grilled salmon was really tasty and the congee was nice and light to suit my appetite. 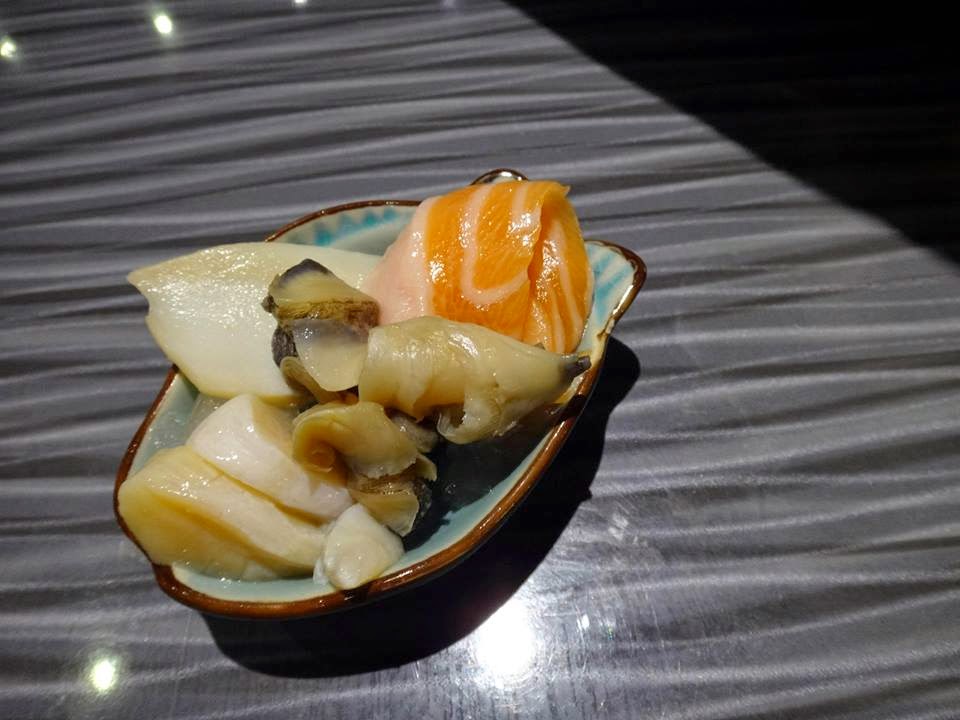 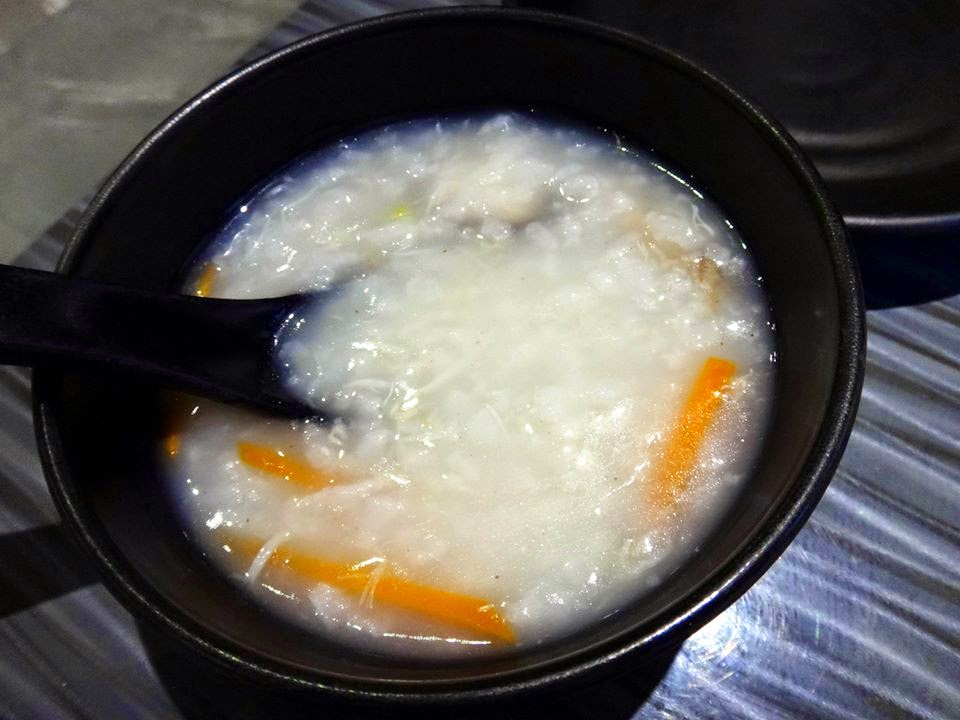 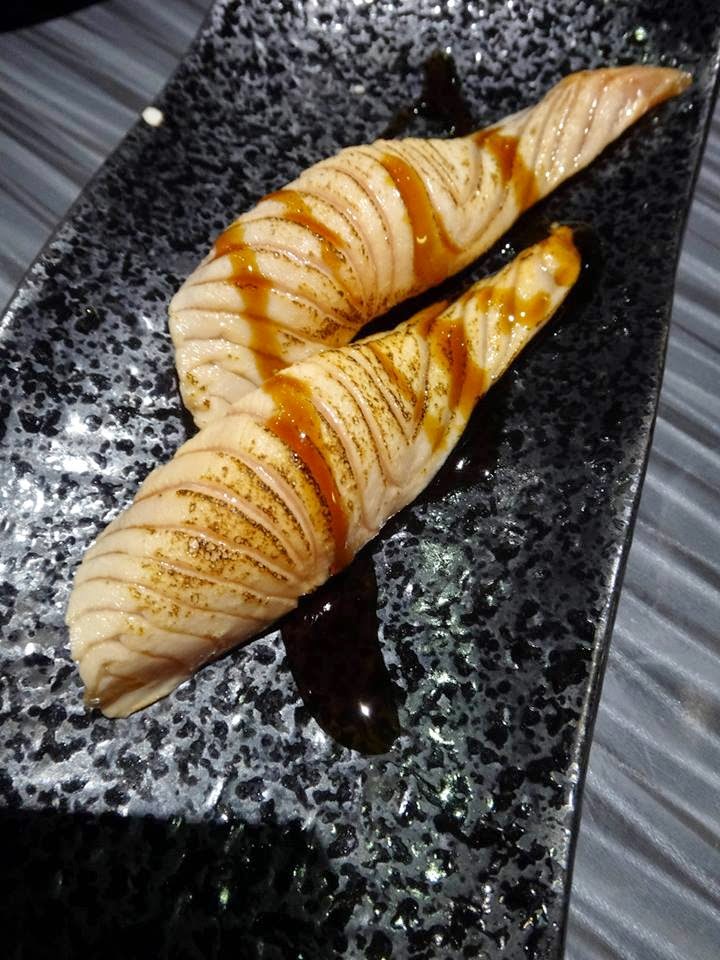 This branch of Choux Creme is right next to some other stall.
Anyway, when I went to order, there was only one staff there in Choux uniform so I assumed she was the one to approach.
After I approached her, she went to the other stall and poked the staff who then served me.
It appeared that she did not understand English so I spoke Chinese back, anyway they are doing a stamps promotion but she didn't give me a stamp card until I asked.
There were double stamps that day too which I had to remind her. 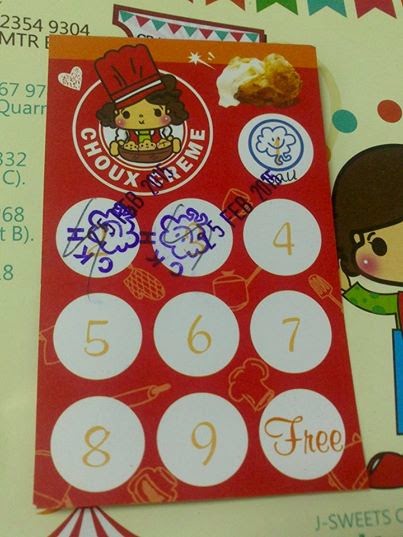 Ironically the reluctant woman who poked the other staff to serve me had to make the choux creme because the one I wanted was out of stock!!
★☆★☆★☆★☆★☆★☆★☆★☆★☆★[b]Apple and cinnamon puff:[/b] 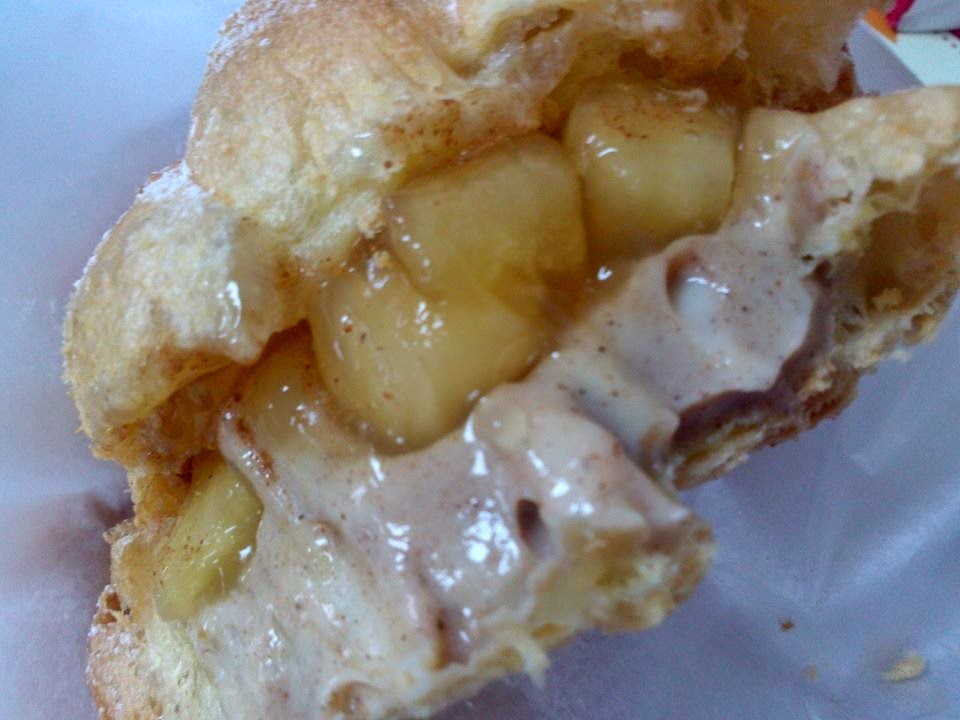 Went past one day and saw these molten ginger egg tarts so decided to try a molten one and an original one.

Both egg tarts had a thick crust which was not really needed and the egg filling had a strong custard taste that was nice but if you are looking for an eggy taste then this is not the one. 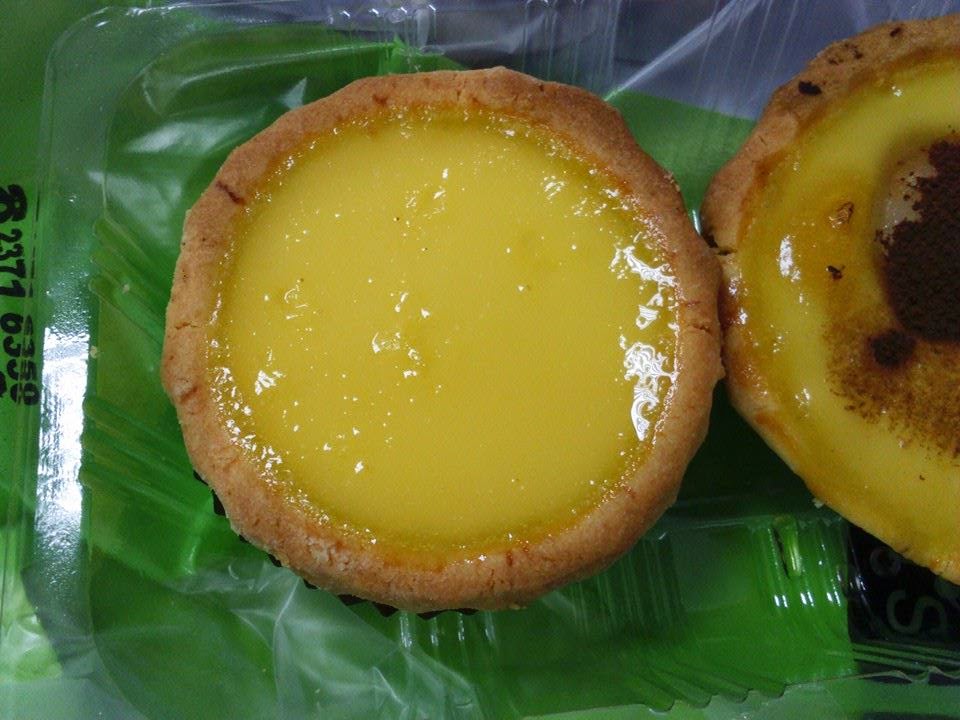 The one with the molten filling was disappointing because it had a ginger dumpling inside and the filling was thick puree and not at all runny at all!! 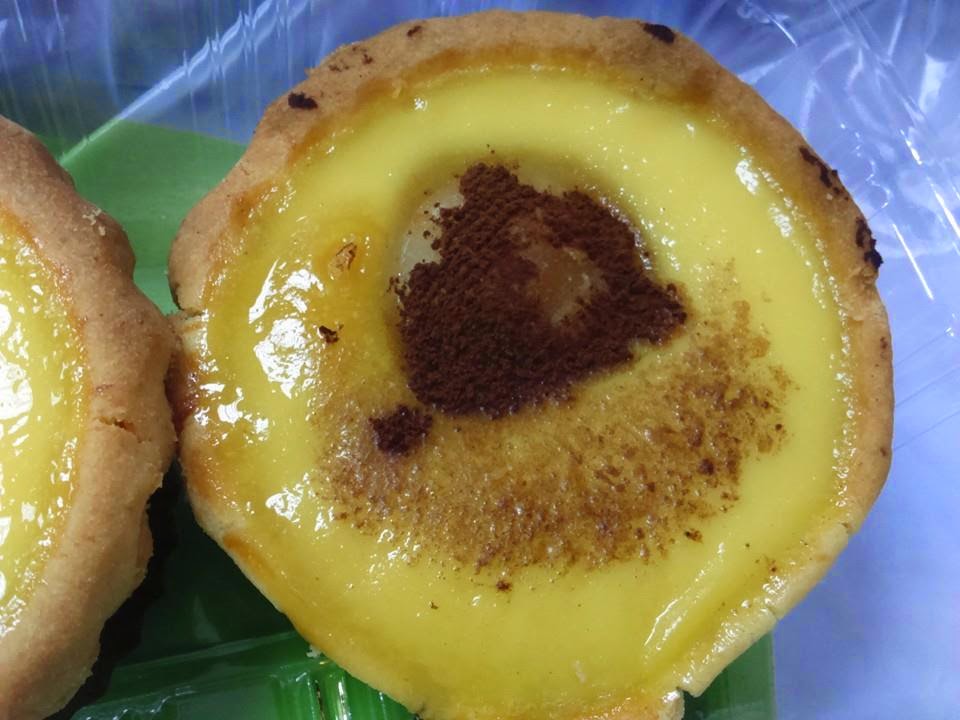 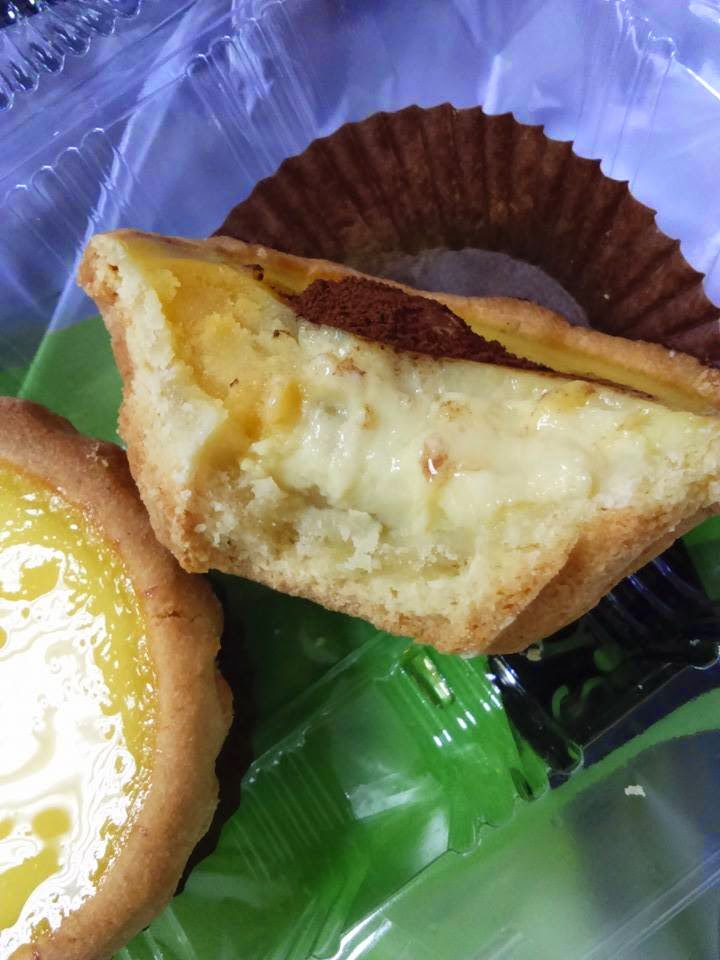 Posted by supersupergirl at Wednesday, December 31, 2014 No comments:

I don't often go to Shatin because it is too far away, but this time I went there for the lobster buffet.

When I arrived I was greated with chilled lobsters and an array of seafood.

The people dining there were well mannered and got their food in an orderly fashion.
The buffet range was surprisingly good because they had quite a good variety.

My favourites were the oysters and they even had roasted pigeon.

The seafood soup was rich and loaded with lobster meat.

After having the mains, I moved on to dessert which was surprisingly good because the cakes were not too sweet with a good variety.

Posted by supersupergirl at Wednesday, December 31, 2014 No comments:

Only tried this because it was right outside the MTR station.

They had softserve, froyo and macaron icecream sandwiches.

Your average dumplings at 莉苑美食

As food is expensive in the area, this place is popular because it is cheap.
The dumplings were ok, the skin was a bit thick and the filling was juicy with lots of pork broth.

Just an ordinary eatery in my point of view but as the food nearby is so inferior that it makes average food taste fantastic!
Posted by supersupergirl at Wednesday, December 31, 2014 No comments:

The sweetcorn sauce was too oily and there was too much oily emulsion mixed into it. The rest of the vegetables were dripping with oil as well.
★☆★☆★☆★☆★☆★☆★☆★☆★☆★
◎ⓢⓤⓟⓔⓡⓢⓤⓟⓔⓡⓖⓘⓡⓛ◎
Posted by supersupergirl at Tuesday, December 30, 2014 No comments:

Not as good as the SPK Antoshimo branch

Went here for dinner and chose the bento boxes.
There were so many choices but there was something I didn't like in each one.
I ended up getting the M box which had Tsubu crispy fish with black sugar lemon sauce and squid ink rice with seafood.

The staff was truly weird because I was sitting alone and they placed my chopsticks opposite where there was no one instead of placing them infront of me!!

Anyway, the food arrived and it was rubbish!
The seagrapes were just stalks!!

As for the rice, it was tasteless and the fish was too oily.

Thanks to Ivy for getting me a croissant from A La Bakery. 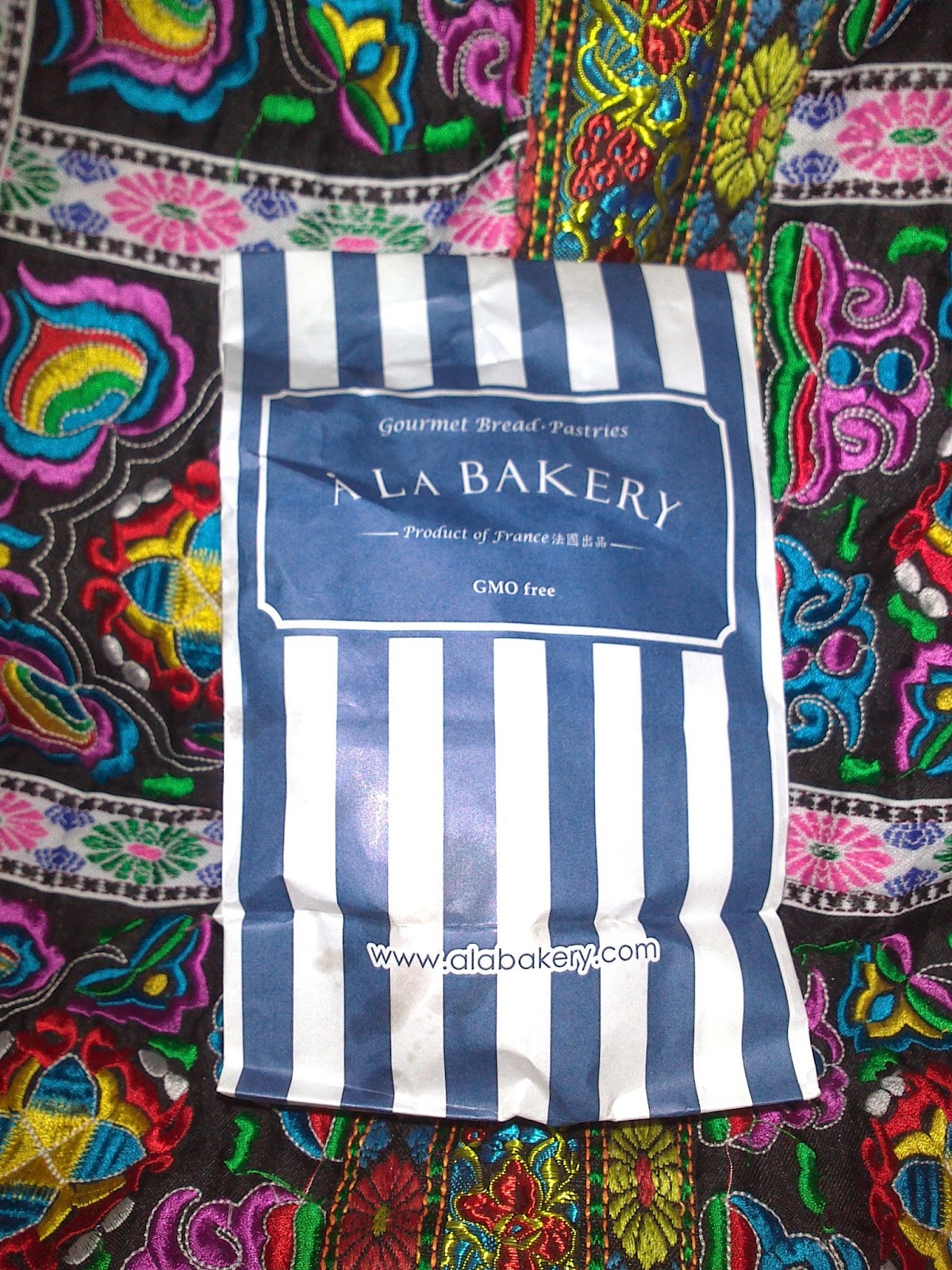 I haven't been there yet but the pictures of the shop look really nice just like the ones you find in Europe. 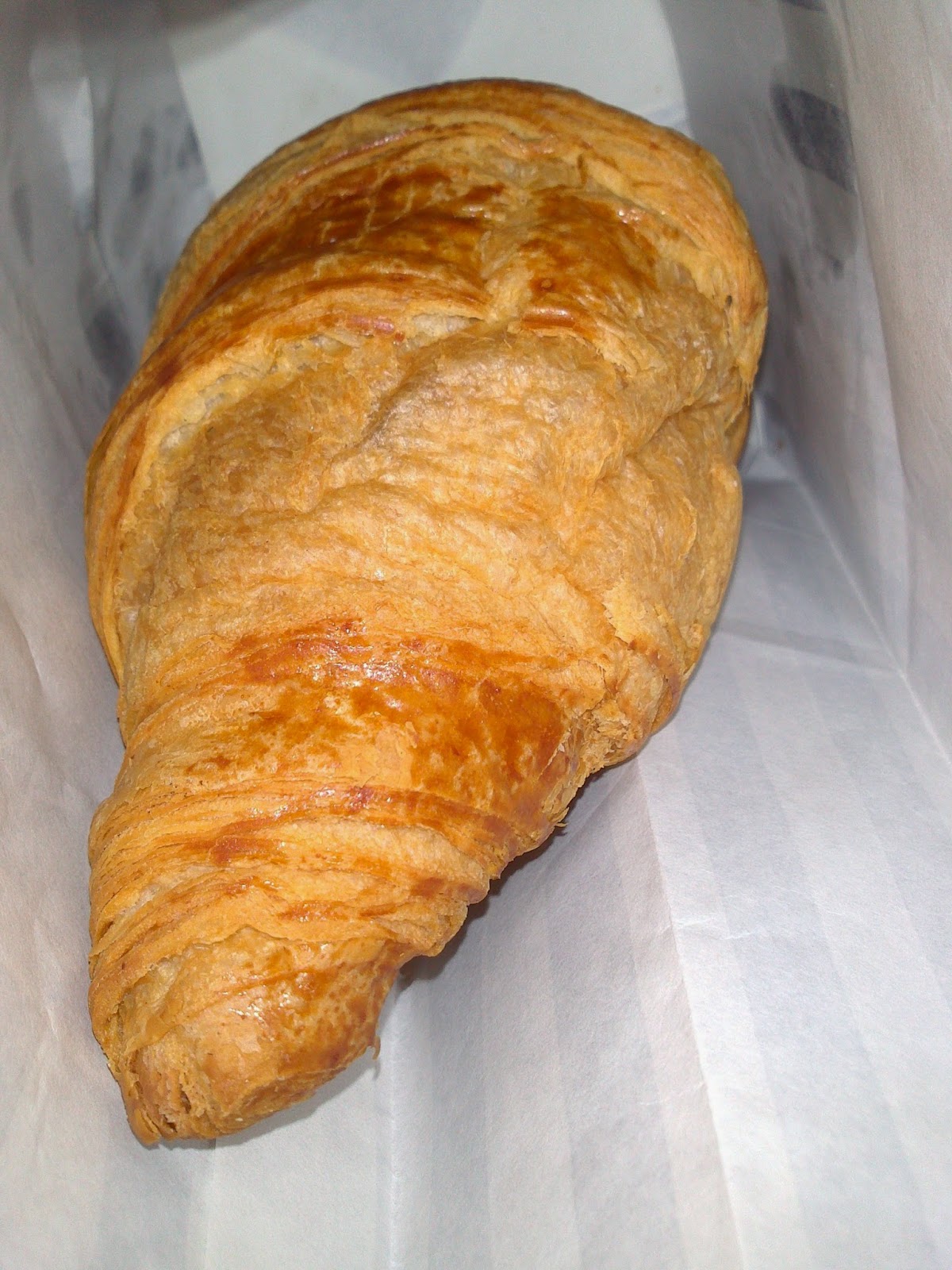 The taste of the croissant was surprisingly good because it didn't taste localized, it was buttery and savoury. 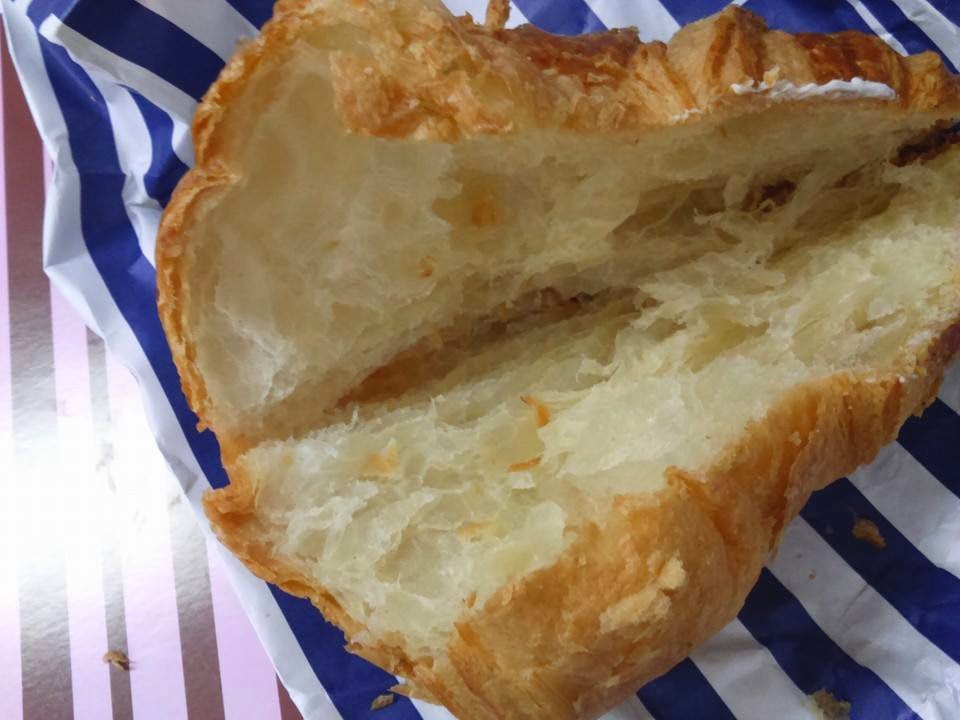 I had it with melted cheddar which made it taste even better. 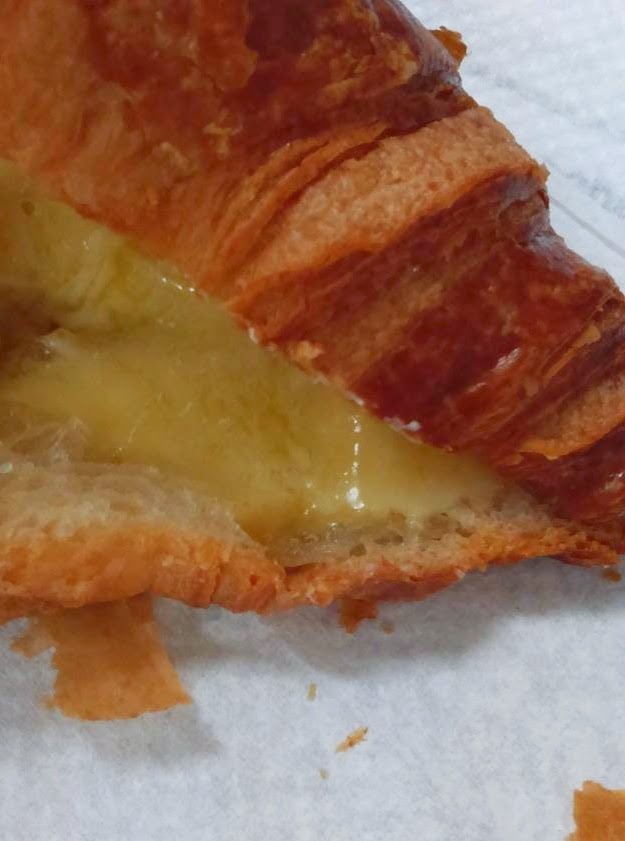 I hope to make a visit there soon and try the other bakery products.

Email ThisBlogThis!Share to TwitterShare to FacebookShare to Pinterest
Labels: Croissants 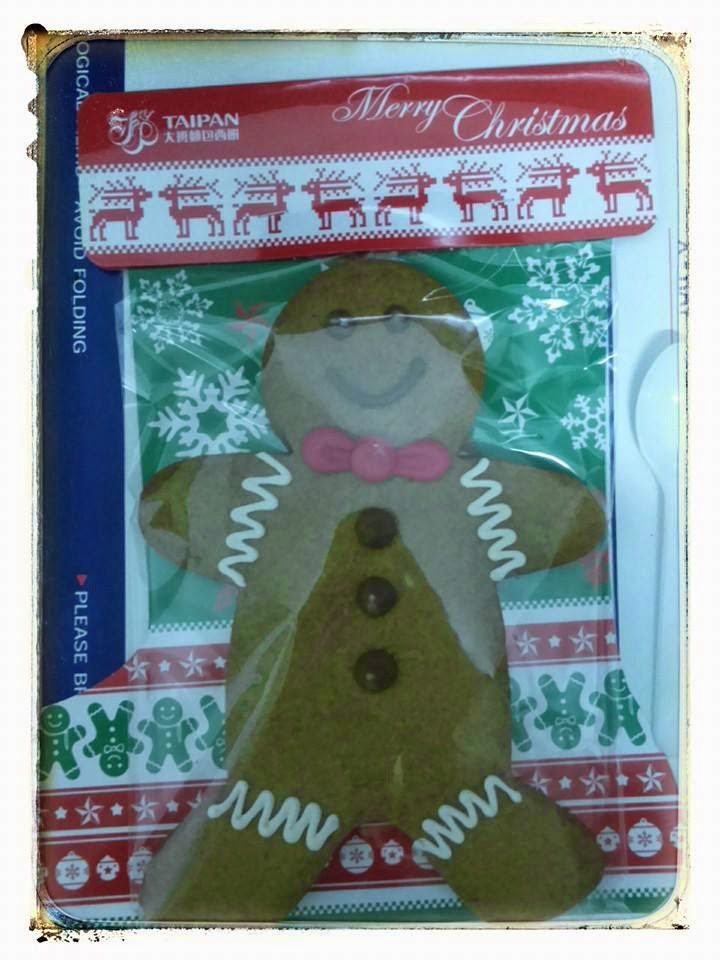 You can see the size of it compared to the tea spoon on the right.
As it was really big, I had to break it up but the gingerbread man was quite hard and needed immense force to break it and eat it!
The sweetness was just right with a strong ginger taste!
★☆★☆★☆★☆★☆★☆★☆★☆★☆★☆★☆★
The packaging for it this year is much nicer.
Posted by supersupergirl at Monday, December 29, 2014 No comments:

Creative salads and soups at Tallore

Every day there is always a new soup and salad which makes it really difficult to choose!

I ended up having a salad mixture of BABY BOK CHOY which was a mix of jicama and onion topped with sesame seeds.
The jicama (Mexican turnip) had a delicious light crunch and the other salads that I choose were refreshing and healthy especially the Quinoa.
★☆★☆★☆★☆★☆★☆★☆★☆★☆★
◎ⓢⓤⓟⓔⓡⓢⓤⓟⓔⓡⓖⓘⓡⓛ◎
Posted by supersupergirl at Monday, December 29, 2014 No comments:

On my previous visit, I complained because I was served non-Indian rice from the Indian joint.
Anyway, this time I also got Chinese rice again!

The aloo gobi was really disappointing because it was just curry sauce with vegetables that were added in the last minute.

You could tell the vegetables were added the last minute because the potatoes and tomatoes had perfectly defined edges, which would be softened if it were simmered in the curry.
The taste of the curry was not the usual aloo gobi flavour because they used a standard curry base that they use for curries every day.

The sausage rolls looked weird too.
The proportion of sausage meat and pastry does not look like the typical ones.