Get your drinks here

Sai Kung has finally livened up with this shop called The bottle shop, selling drinks and lots of Australian snacks.
I wish they had more British snacks as well, but sometimes Australians food and British food can be similar.

As well as drinks, you can get Happy Cow icecream and Lola's ice pops there.

Hopefully they will stock Dry soda too, my favourite brand of fizzy drinks in a bottle! 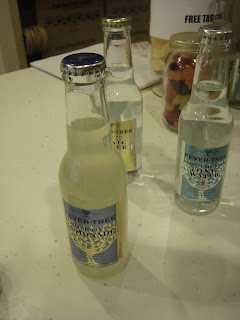 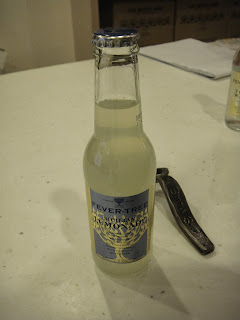 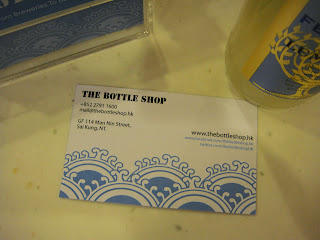 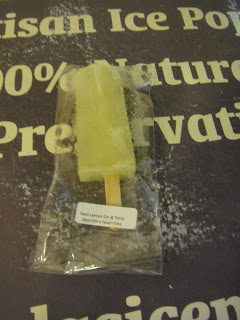 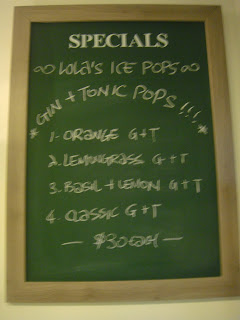 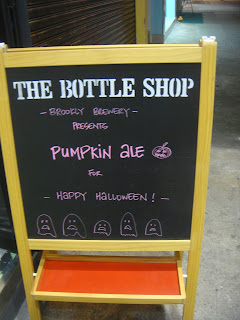 Posted by supersupergirl at Thursday, October 31, 2013 No comments:

This drink is not on the menu because it is meant to be Yuzu and milk but I requested rice milk instead because I wanted something light.
The taste was quite nice but the Yuzu was stronger than the rice milk.
It was made using the cocktail shaker and it had a lovely spherical ice cube in the drink.
★☆★☆★☆★☆★☆★☆★☆★☆★☆★☆★☆★
Posted by supersupergirl at Wednesday, October 30, 2013 No comments:

It is located on the 2nd Floor of the hotel.

This is the first branch in Hong Kong, but there are other branches in Korea and Manilla.
It is partnered by The Society of Rehabilitation and Crime Prevention of Hong Kong which is a good organization helping society.

Surprisingly these noodles were delicious and I have not seen these type of noodles in other Korean restaurants yet.
The beef broth was great because it was similar to Chinese sweet corn soup with egg, but the taste was better because it was lighter with a hint of beef.

Here you can see the pretty pink colour of the noodles because they are made with red peppers.

The noodles were quite firm with a bite to it.

There are also rice cakes in the broth.

I loved the soup base because it had egg, black and white sesame, pieces of zucchini and seaweed.
★☆★☆★☆★☆★☆★☆★☆★☆★☆★☆★☆★
The tables had drawers concealed into it for cutlery and these tables are much better designed than the ones in local Hong Kong cafes because depth of the drawer is shorter, hence more leg room.

There is wheat tea provided too.

The noodles in the picture were vegetable noodles and dumplings which I would have ordered but it is only available in Korea.

The staff have excellent product knowledge because they were able to explain the different types of noodles and what they are made of.

PLEASE NOTE, THIS RESTAURANT HAS SOME FAKE REVIEWS WRITTEN BY THEIR STAFF WHO COPIES FROM OTHER GENUINE REVIEWS ON OPENRICE.
WHILE I WAS DINING THERE, I ACCIDENTALLY TOOK PHOTOS OF THIS PERSON INCLUDING THEIR SCREEN WITH SHOWS THE REVIEW THAT WAS SUBMITTED TO OPENRICE!~
Posted by supersupergirl at Wednesday, October 30, 2013 No comments:

Email ThisBlogThis!Share to TwitterShare to FacebookShare to Pinterest
Labels: Korean

C'est la B (Tsim Sha Tsui)
Decided to try out this new branch of C'est la B because they serve Bento Boxes that are not served in other branches.

They also serve some of the larger cakes by slice.

The decor is consistently the same as the other branches, black and white, colourful with lots of butterflies.

Same as the other branches, the cakes are not labelled so you need to ask about each one and hopefully the staff are patient enough to explain it to you.

When I entered the shop, I was greeted with one of the staff who was not very welcoming, she just had this look on her face, can you afford it and hope you leave.
Anyway, I wanted to try the Lollipop cake but it was sold out, so I asked what the other sliced cake was, and she said it was Pandan.
★☆★☆★☆★☆★☆★☆★☆★☆★☆★☆★☆★
Slc Eleanor (as stated on the receipt):

I did not know the name of the cake until I got the receipt. All I knew was that it was pandan, but anyway, I have got tastebuds so I could taste there were cornflakes, coconut flakes, toasted coconut flakes, cream and marshmallows.
It was a nice cake with cornflakes in the middle which were slightly chewy but I think they were meant to be crunchy.
Overall, the cake tasted ok but the cake slice was not very big.
For the 1000g cake, it costs about $960, so thats about 12 slices, and the 500g cake costs $580 so thats about 7 slices if they cost $80 per slice here.
★☆★☆★☆★☆★☆★☆★☆★☆★☆★☆★☆★
Posted by supersupergirl at Wednesday, October 30, 2013 No comments:

Email ThisBlogThis!Share to TwitterShare to FacebookShare to Pinterest
Labels: Pandan

LGB Cafe (Central)
There are not many branches of LGB in Hong Kong and when I am in central, there are so many other temptations that take me away.

On this visit, I tried the Peach Champagne which was the only interesting item in the cabinet.

For a decent place like this, I was surprised the jelly finishing was not so good.
The surface had tiny craters just like the moon.

Overall the cake was quite nice, but there was no champagne taste, the peach taste was weak, and the jelly on top tasted like strawberry jelly.

Hoixe Cake Shop (Wan Chai)
Previously tried them in late June and got addicted to them because they tasted really nice.
I tried to buy them again, but not many Hoixe branches had them so they were probably sold out.

Recently, they must have stocked up more due to popularity and they had boxes of six.

The cake was amazingly soft and dusted with powdered sugar on top.
It was so light and moist just like a chiffon cake with a hint of okinawa brown sugar flavouring.
In the middle there was delicious fluffly white cream which was made with Anchor Cream!
Compared to the one I tried in June, this batch tasted sweeter.
★☆★☆★☆★☆★☆★☆★☆★☆★☆★☆★☆★
Posted by supersupergirl at Tuesday, October 29, 2013 No comments:

My expectation at Eggspectation fulfilled

Eggspectation (Tsuen Wan)
When I saw this place listed on OpenRice, the name was really interesting but as there were no reviews I did not know what food was served.
Initially I was quite excited because it didnt sound Chinese.
Eggspectation in the US is as famous upscale American restaurant serving breakfasts and more.

As I was in the area, I decided to visit Eggspectation which was really hard to find because it was in the middle of no where.
I was glad I came because I loved their eggettes.
Apart from eggettes they do waffles and pancakes.

That day they had two creative eggettes with oreo or pistachio so I chose Pistachio.

While I was waiting, I found this joint quite cute.
There were cute metal butterflies decorated on the wall.

There was a huge waffle bowl with icecream which is actually a sauce dispenser!!!!

As well as that there was a mini popcorn machine that can make REAL popcorn!!

Behind the glass I saw some cute boxes which I thought were for display but they put my eggette in that cute box!!

The logo was really good too, you can see that they incorporated the "E" in the Chinese character of EGG.

I loved the box that the eggette was in, and it made it easier to handle because my fingers are really sensitive to hot temperatures.

At the bottom of the box, the stylish letter "E" cut out serves to let the steam out keeping the eggette crispy as well as being part of the design!

The eggette was delicious and cakey with a crispy surface.
It was possible to break them off into little eggette balls and eat them one by one!
The sweetness was just right and I hope they keep it that way and the pistachio nuts were a good match and added a nice crunch.
The pistachio nuts had a few grains of salt which enhanced the eggette just like salt with caramel.
It was so nice I had two eggettes as I doubt I would be in this area again because it is too far!!!!
But anyway a few paces down the block, there is a store called ALL THE BEST and it has some great American groceries in there too.
★☆★☆★☆★☆★☆★☆★☆★☆★☆★☆★☆★
Posted by supersupergirl at Tuesday, October 29, 2013 No comments: