It's Spanish month!!! Chef #giocondascott will be at Kitchen Savvy from Seville, Spain and joining the team to serve some irresistible Spanish fare!

Went to the preview at Kitchen Savvy and tried Gioconda Scott's dishes which were authentic yet served with a modern twist. 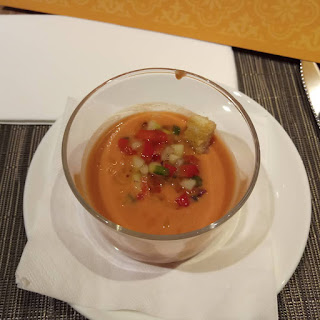 This was a refreshing chilled soup great on a hot day.
With the tones of appetizing tomato it definitely was a great start before dinner.
~~~~~~~~~~~~~~~~~~~~~~
[Bunuelo de Camarones] 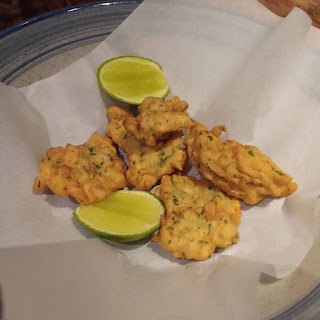 The golden little morsels were just like non spicy Indian Pakoras with crispy crushed shrimps in it that gives it a lovely flavour from the coast.
~~~~~~~~~~~~~~~~~~~~~~
[Tortilla Espanola] 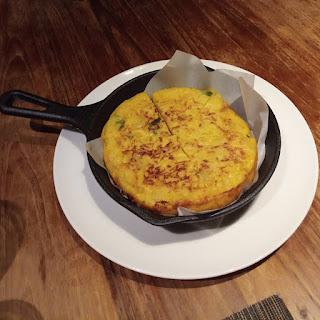 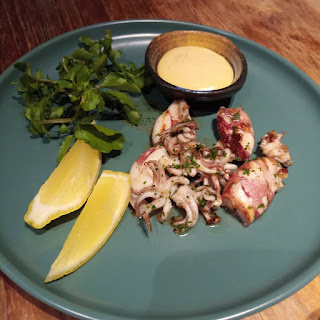 Fresh baby squids can never fail to impress and do not require much seasoning.
The texture of these were beautiful with a crisp skin and a delicate texture that gives in.
~~~~~~~~~~~~~~~~~~~~~~
[Pan Con Tomate y Jamon] 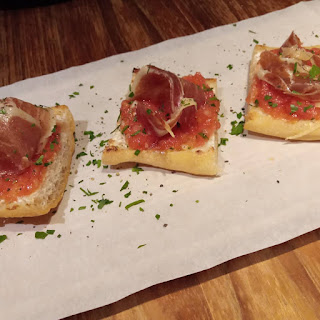 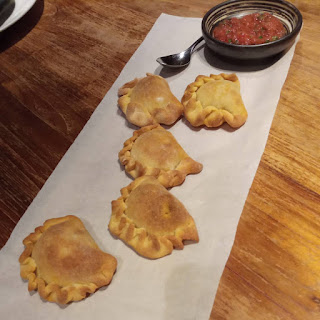 I loved the way,  Gioconda has given them a South American Empanada appearance.
Inside they were filled with chorizo which gives it a wild smoky flavour.
~~~~~~~~~~~~~~~~~~~~~~
[Presa Iberica with Smoked Paprika, Crispy Broken Potatoes, spinach with Chilies, Raisins and Pine Nuts] 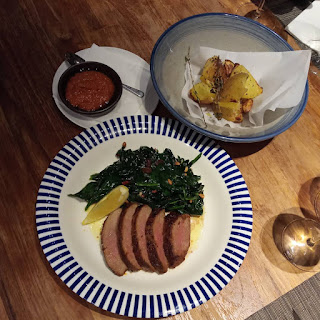 The main dish was surprisingly comforting as it looked like roast dinner complete with roast potatoes and leafy glistening spinach.
My favourites had to be the potato and spinach which had a fiery kick complimented by the sweet raisins.
~~~~~~~~~~~~~~~~~~~~~~
[Almond Cake] 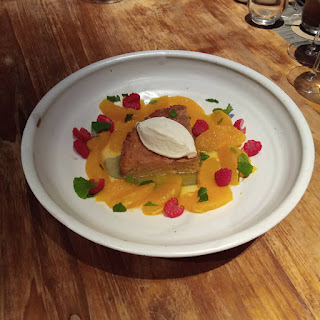 Finished with the almond cake which was loaded with finely grounded almond topped with cream fraiche.
~~~~~~~~~~~~~~~~~~~~~~
[Churros with Chocolate Sauce] 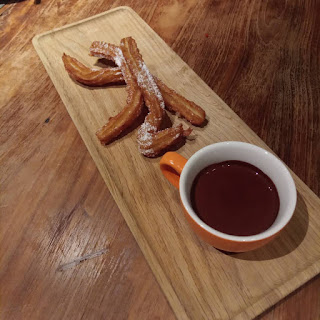 At Kitchen Savvy, they will be serving the Spanish Tapas Semi-Buffet and Spanish Set Menu during October. 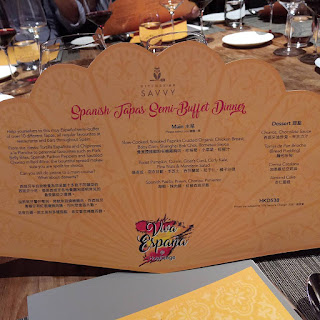 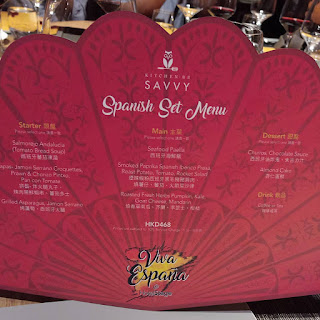 Reserve your table at Kitchen Savvy @ 3953 2213
View the menu @ www.hotelstage.com/kitchen-savvy/
Posted by supersupergirl at Friday, October 05, 2018