If you like Thai food, I think this is a great place for hotpot because the appetizer, dessert and drinks cabinet is all you can eat including chicken, Thai salad, etc. 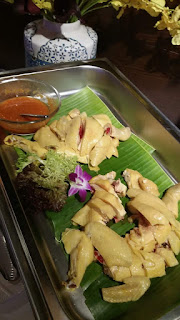 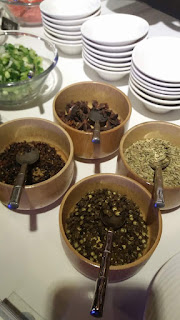 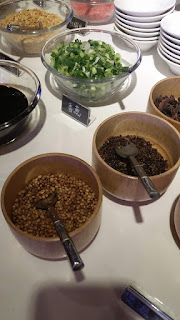 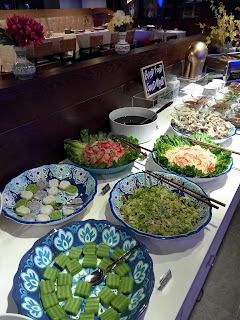 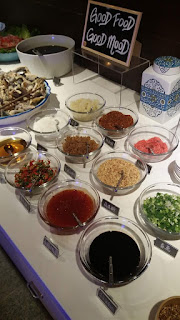 For the main hotpot broth, you get a choice of Thai style soups such as tom yum kung, coconut chicken, curry etc.
I chose two because it was only $10 extra for two different pots. 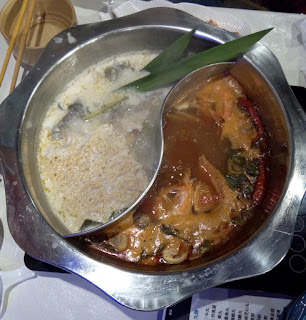 For me, the best bit were the noodles because they have Thai Mama noodles and Cambodian noodles which I had first before the broth get oily. 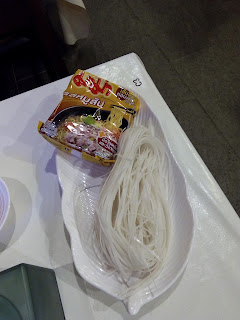 With the Cambodian noodles, I like the way, the softness of the noodles is up to me. 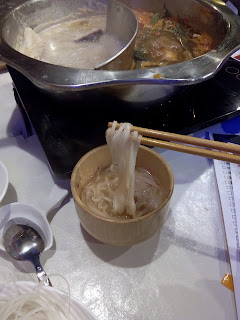 It was nice eating out of bamboo bowls for a change.
Both noodles were good but I prefer the Instant noodles. 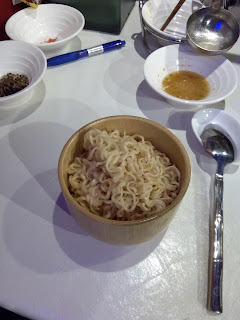 After having the noodles, it was time for the beef and seafood. 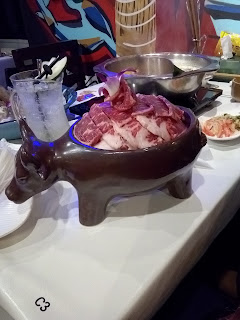 You get half a grey mullet which goes nicely in the tomyumkung as the strong broth balances the strong flavour of this fish.
I put the pandan leaves in the coconut pot which were used to garnish the seafood platter and it enhanced the coconut broth even more because pandan and coconut always go well together. 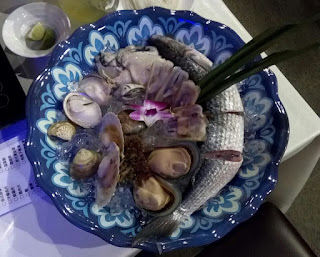 The huge oysters didn't shrink in the hotpot and they had a very strong taste to it.

For drinks had the fizzy cucumber which was refreshing and soothes the spicy food. 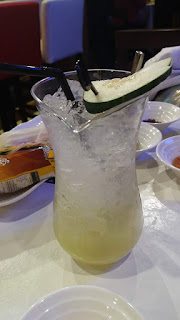 
Posted by supersupergirl at Monday, December 25, 2017