[Prohibition] A great place for steak and drinks

I never would have guessed Prohibition was a great place for steaks and drinks.
It is located in the new hotel next to Ocean Park which is right outside the MTR station.
There is a lovely pool beside it. 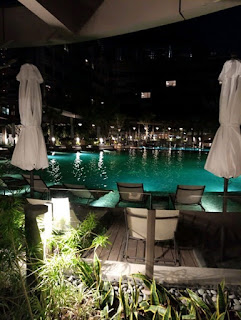 You are greeted by a bar where you can have drinks before or after dinner or even with your meal. 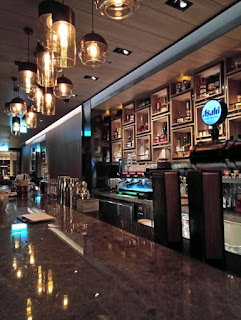 The drinks are instaworthy and there are more on the menu to be discovered. 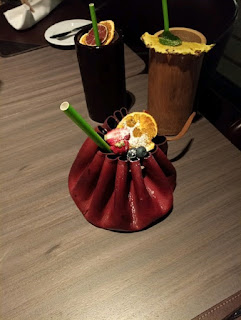 As well as steak, there are lots of fab food so it is best to go in big groups and they have long tables to accommodate.

Started with the Scallop Ceviche which was on a bed of refreshing mango lime sauce. 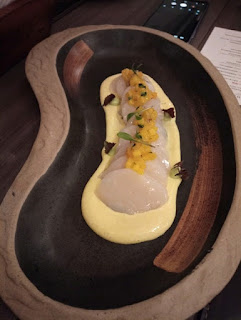 Next was the Lump Crab Cake with (yuzu and cod roe tartar sauce). A must when having steak, there was so much chunks of crab in it. 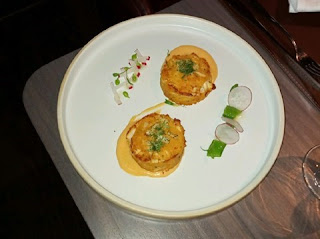 The Beer battered prawns with Lime chili sauce were really comforting because of the batter and the fact they look like the sweet and sour prawns you get in English style Chinese takeaways and Chinatown! 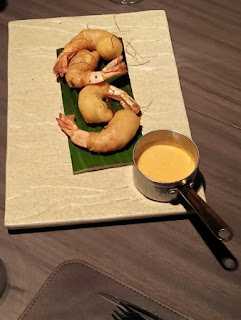 I absolutely love pastrami so the Pastrami meat platter was a real treat with pickled pearl onions and refreshing gherkins. 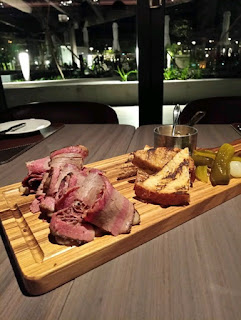 For soup, there was Seafood chowder which was loaded with seafood with  a strong lobster bisque taste. 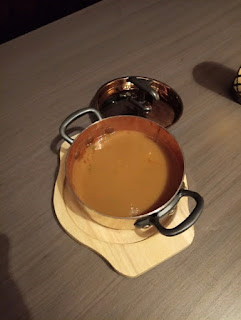 The moment we were all waiting for had arrived!!!  STEAKS!! We had the USDA Prime bone-in Ribeye, one was rubbed with 28 days bourbon & oolong tea dry aged, while the other one wasn't. USDA Prime bone-in Ribeye  There was 28 days bourbon & oolong tea dry aged The aged version was more intense in flavor yet it was juicy and tender. 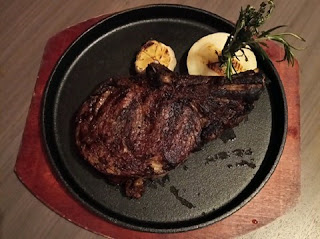 The Canadian certified angus beef Porterhouse was my personal favourite because you get the tenderloin and strip either side of the bone. The tenderloin is my favourite part. 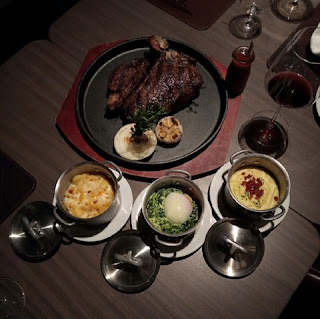 The sides we had were mac and cheese, creamy spinach and loaded mashed potatoes which really completes that steakhouse experience.

To finish, we had the Flamed Alaska. By far this is the best Flamed Alaska because the icecream inside was good especially the pistachio icecream and the meringue on the outside was like thick marshmallow goo. 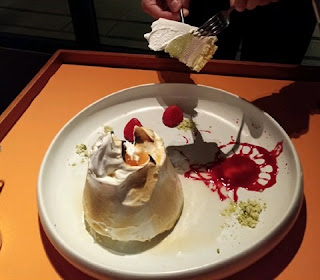 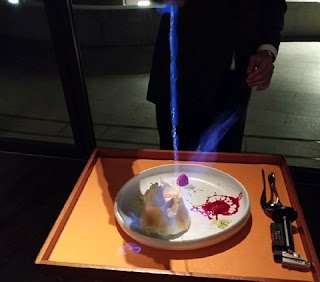 Will definitely be back for drinks and more beef!!