After I saw their new addition of the Mee Siam, I had to give it a try.
Toast box finally had something new on their menu since they opened.

As commented in my previous reviews, their Laksa is the most tasteless in Hong Kong, however it was hotter than usual on this visit and the prawns still had guts attached. 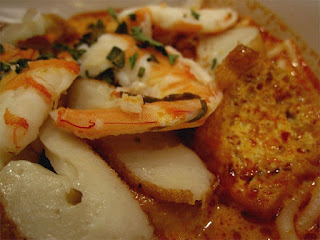 Anyway, the Mee Siam is not as strong as the one at Katong, the coconut milk is very prominent in the soup base.
Slighty fruitier than the Katong one, and not spicy at all.
I would recommend it to people who haven’t tried Mee Siam before, to see if they can accept that sort of flavour, and if they can, they can try the stronger one at Katong, which is also at its true spiciness. 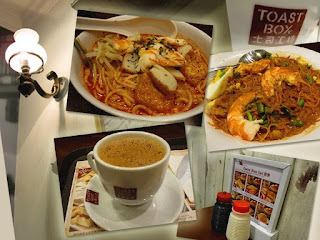 For Toast box, I felt that their food is a localized so to suit the taste of people in Hong Kong.

Posted by supersupergirl at Wednesday, September 02, 2009