[Falafel TLV] A big portion of hummus that satisfies your craving

Discovered this fantastic joint because I was checking out a restaurant nearby. 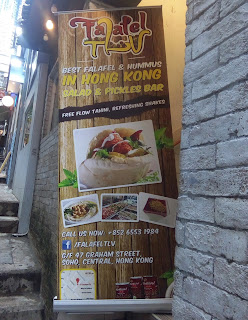 Basically they serve hummus and falafel which are both my favourites.
This place is called Falafel TLV so you can tell it is from Israel because of TLV ie Tel Aviv.
The menu was quite simple and they even serve desserts and drinks. 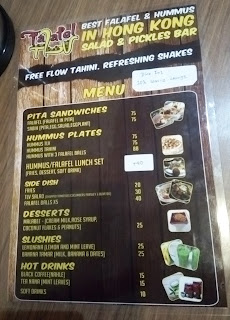 Anyway, the hummus and the falafel are a must so I had the Hummus Tahini and falafel.
The hummus are made with fine Bulgarian chick peas. 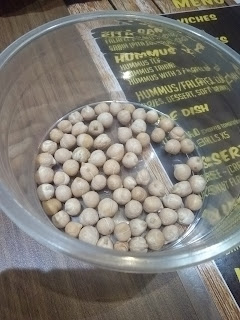 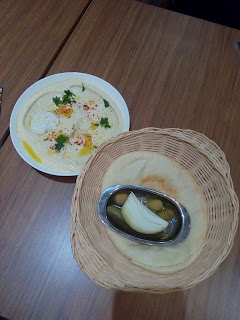 It was so comforting to see this huge portion of hummus because it is just how it is served in London.
The taste and texture was really creamy that it was perfect with their soft fluffy pita bread.
The portion of hummus was generous that second orders of pita bread were needed.
It was good for sharing and sufficient to dip three pita breads.
+++++++++++
Falafel: 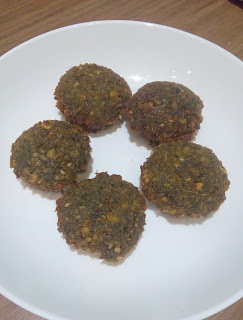 The falafel was uniform in size and they were nice and crispy. The oil is changed daily which guarantees the quality.
Each bite was delicious and had a lovely smell of cumin.
+++++++++++
On the table, the AMBA sauce (mango sauce) was addictive because it was really refreshingly savory yet strong that it goes with anything especially falafel and shawarma. 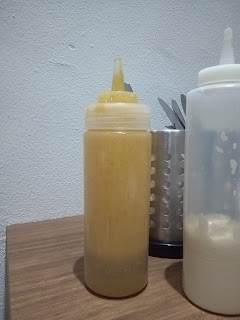 ++++++
They also sell condiments imported from Israel and they even have my favourite Zaatar!! 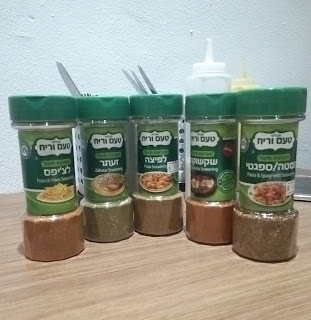 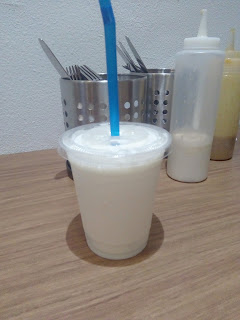 ++++++
Finished with the Malabee which is a rich pudding made of cream milk, rose syrup topped with coconut and crushed peanuts.
It was similar to a milk pudding but the creaminess was stronger and it has a curd like texture.
[My Malabee didn't contain the rose syrup because I requested it without] 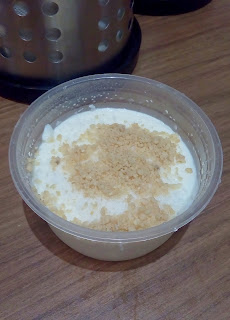 Posted by supersupergirl at Wednesday, June 21, 2017