Fell in love with Tristar when they first opened in CWB so I decided to try this one instead of the new branch at Wanchai because the menu offers more here!! 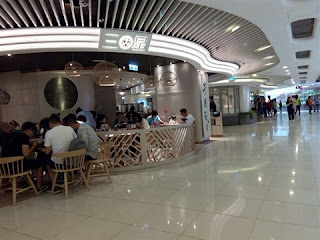 Since I travelled all the way to Shatin, I decided to try the Taiwanese steamed buns and Shaved ice as well as the noodles!
On the menu, they offer you a choice of three different noodles including thick and thin because some people can be quite particular about them.
Just like the celebrity kiki noodles, they have thin and thick. 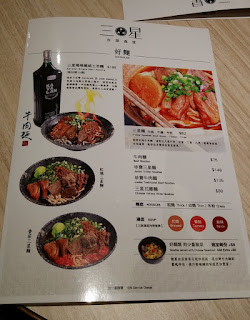 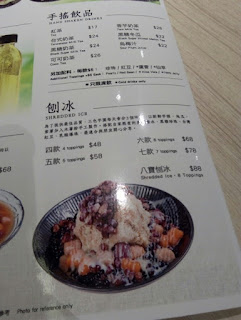 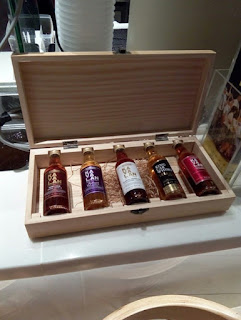 The Kavalan Single Malt Noodles were a shock as I didn't realize there would be flames!! 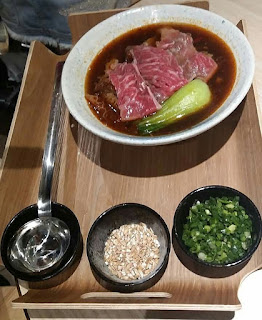 First they torch the beef slices so that they are cooked then they add some malt and flambee the noodles. 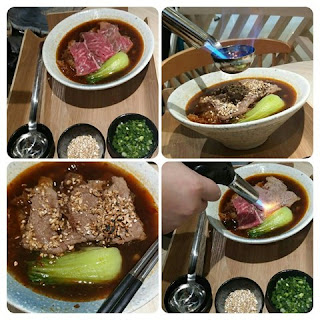 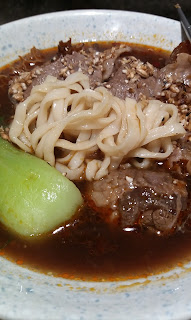 Compared to the standard beef noodles, the whisky gives it a sophisticated aroma and malty taste to the broth and the malt that they sprinkle on top enhances the taste even more.

As for the [hua diao wine beef noodles], the broth was on the sweet side and I chose the thin noodles so that it would absorb the broth. 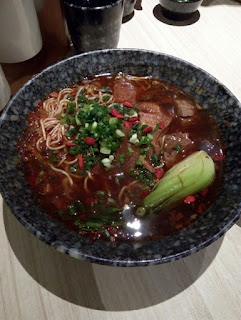 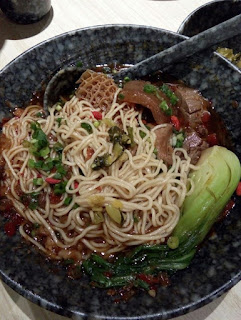 For snacks, had the Taiwanese steamed buns which was filled with soft gelatinous beef and preserved vegetables.
The buns were soft and pillowy with satisfying beef in the middle drizzled with sweet gravy. 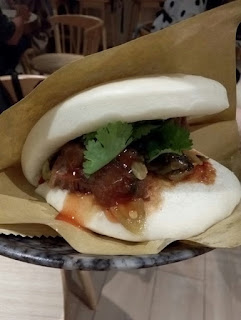 For dessert, finished with the shaved ice. 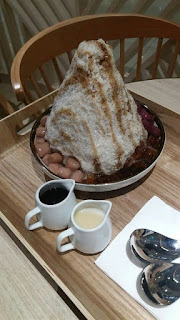 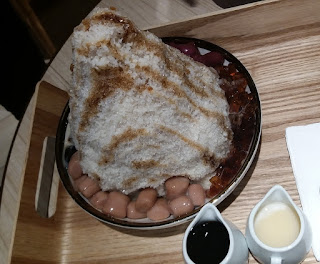 I didn't realize it would be that big and you also get extra condensed milk and brown sugar syrup on the side which I didn't use as it was sweet enough.

There are eight toppings to choose from but this was confusing as not all are shown at the counter and the menu doesn't clearly specify which 8 to choose from. 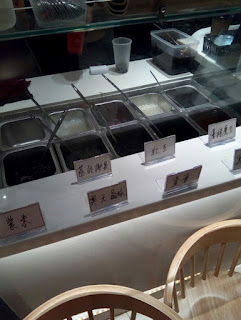 The shaved ice was surprisingly good because the brown sugar syrup that was already on there tasted nice and when it got slushier, the taste was refreshing.
I appreciate the quality brown sugar syrup they used as it wasn't cloyingly sweet and addictive. Overall, it was worth my time checking it out.

Improvements: English descriptions would be helpful on the Menu!
DISCLAIMER: I haven't been to Taiwan before so I am only commenting on the taste.