Since the opening L'Eclair de Genie at Pacific Place and Prince’s Building in autumn 2015, there are now branches in Kwun Tong, Olympic and Tai Koo.
For Mid Autumn festival, they have launched two festive eclairs and limited edition Mid-Autumn festival mooncakes. 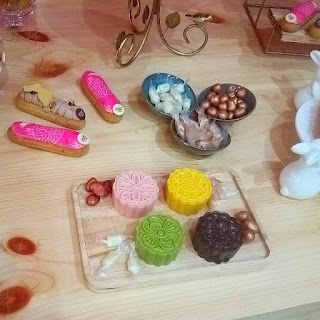 The man himself Christophe Adam was in Hong Kong to showcase the new collection. 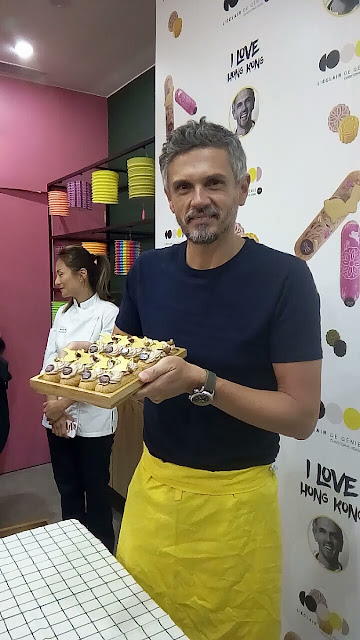 No 286 Chestnut Umeboshi is filled with vanilla mascarpone cream and chestnuts from France, following a layer of umeboshi confit which gives it a salty kick to complement the chestnut.
It is garnished with a white chocolate golden rabbit, golden leaves and chestnut cream to give it that Autumn festive character. 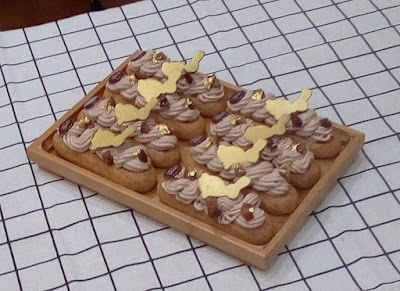 No 287 Red bean sesame is very buttery and a popular pick because it is infused with smooth red bean cream and sesame crisp garnished with a rabbit and lotus pattern on pink. 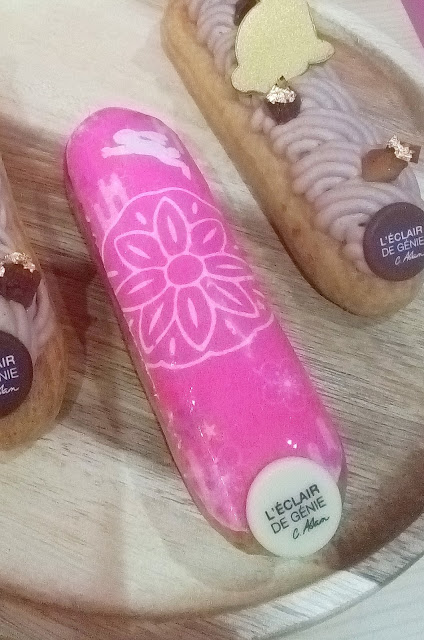 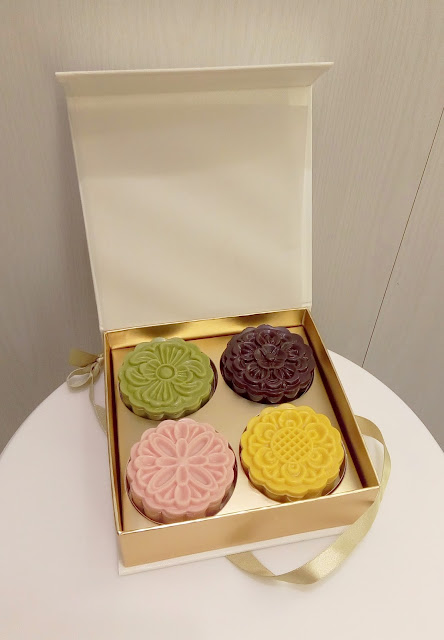 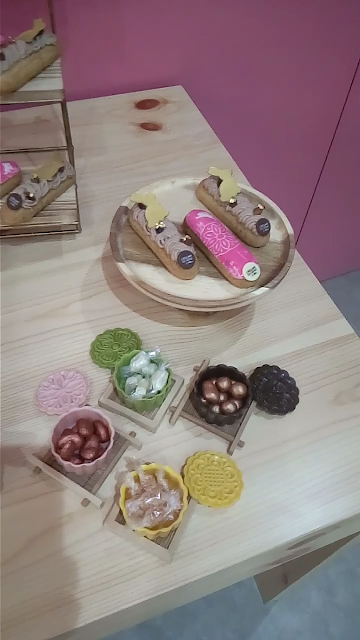 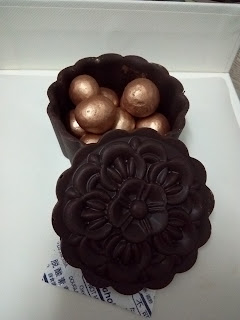 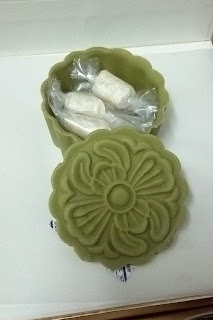 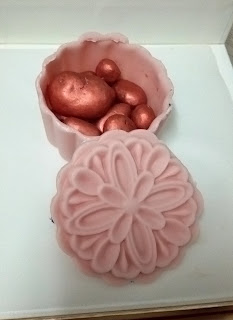 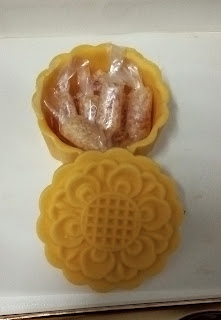 The jellies which appear to be wrapped in plastic are 100% edible because the wrapping is just rice paper. 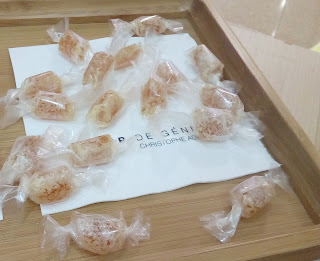 Fruit jellies (pate de fruit) are a traditional French sweet treats that are made with natural fruit juice.

Posted by supersupergirl at Thursday, August 24, 2017