Fell victim to what I thought was a new burger but then discovered I had already had it before in 2014. 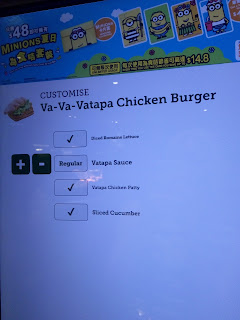 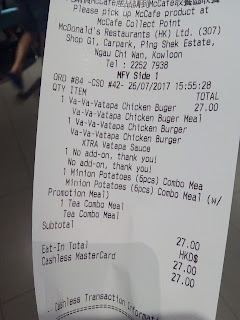 I felt that the burger tasted like chicken satay and the crispy coating was exactly the same as the coating that you find in Singaporean style cereal prawns. 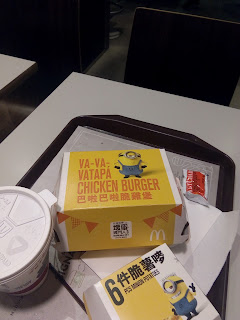 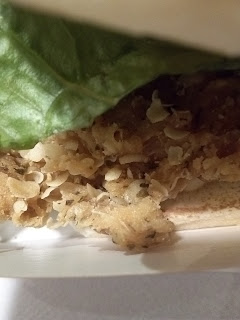 The bun was much better and the strong tasting romaine lettuce had more flavour along with the cucumber that it complemented the chicken patty nicely. 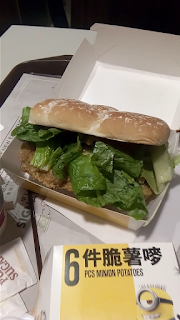 It is basically an improved version of the The Samba burger served in June 2014 because they have replaced lettuce with tasty Romaine lettuce. 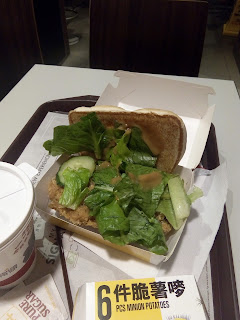 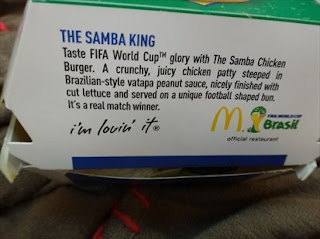 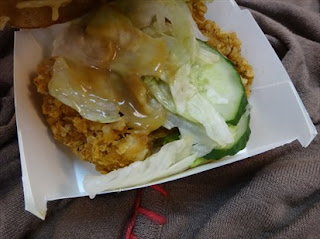