Victoria Harbour Restaurant is everywhere in Hong Kong but Victoria Harbour Supreme which is part of the same group specializes in fine Chinese food and there are only two branches. 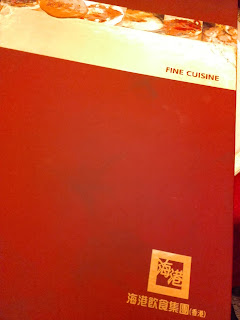 I dined at the Wan Chai branch which is spacious and equipped for wedding and events with a huge screen and two smaller screens beside it which can show other videos simultaneously. 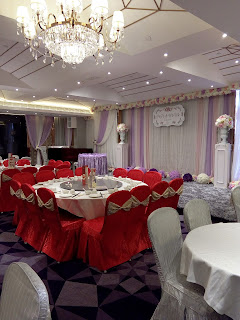 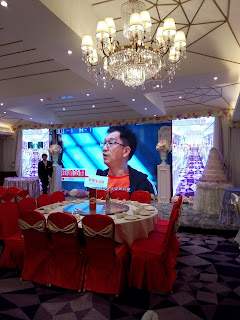 Here was what we had that night:
★☆★☆★☆★☆
Chilled crab:
I love Alaskan crabs because they are big!
This one was colossal weighing eight catties. 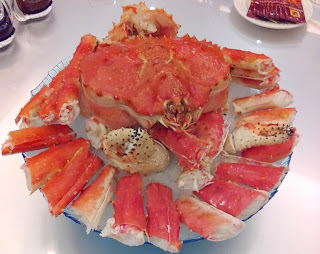 The claw was the size of my fist. 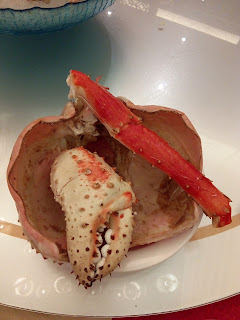 The crab was cracked open so it was effortless eating the crab meat. 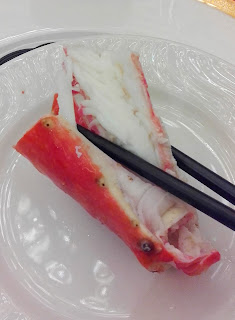 It was moist and sweet on its own but their was kombu sauce which brings out the sea flavour even more.
★☆★☆★☆★☆
The fish maw and whelk soup was shockingly affordable at $48 per person pot or $188 for a big pot for six. 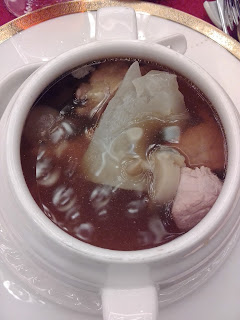 A nourishing msg free soup with a generous piece of gelatinous fish maw. 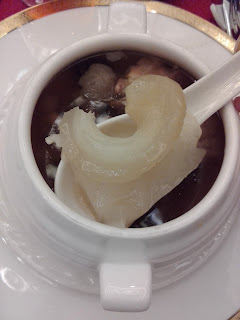 ★☆★☆★☆★☆
Next was the South African abalone which was braised in rich oyster sauce with goose feet.
The goose feet were soft and the bones detached easily. 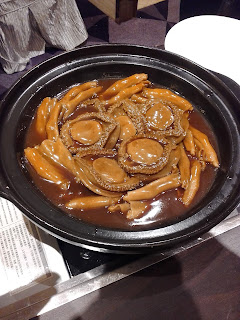 The abalone was soft with a natural sweet taste infused with oyster gravy. 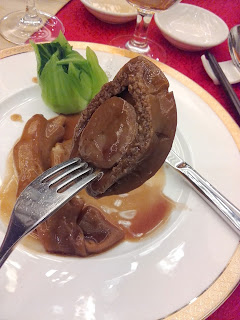 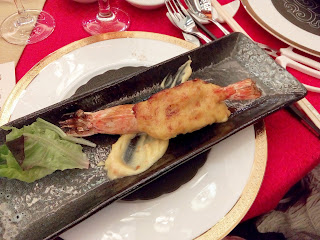 The prawn was fresh and springy but the sauce on top had too much salad cream so it was hard to taste the uni.
★☆★☆★☆★☆
Finished off with saddletail garoupa which was surrounded in lots of healthy wolfberries, black fungas, loofah, celery and potato noodles.
The fish was silky and the noodles were the best part because it is soaked in fish soup which was so delicious to drink. 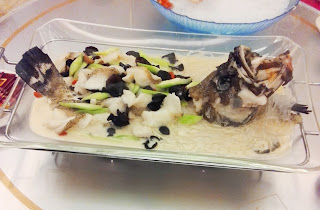 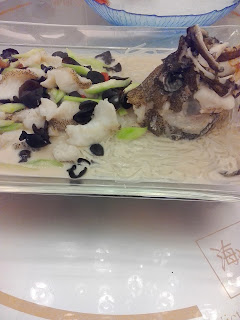 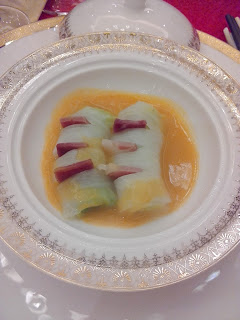 ★☆★☆★☆★☆
Dinner ended with this pleasing almond dessert. It is different to the usual almond dessert with egg.
There are two layers, the bottom layer is steamed egg white and the top layer is the almond puree so you can taste both the egg and almond and the sweetness is just right. 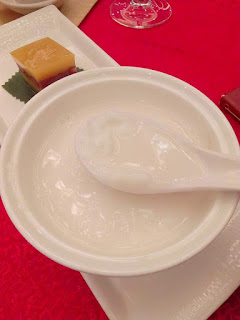