I was glad I tried this new joint at Festival called Petite House because they have Paninis as well as sweet treats like pancakes, egg puffs and of course gelato.
The gelato is made fresh every day.

The decor is open and modern. 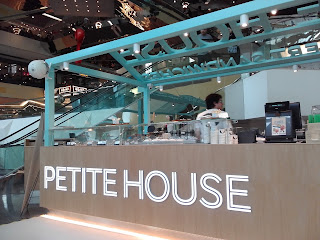 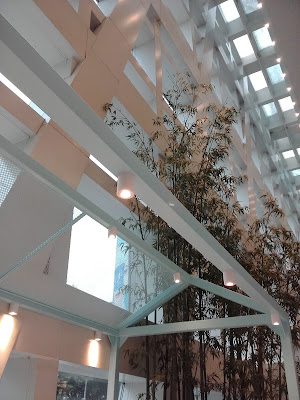 I started with the Panini which was difficult to choose as there were two that were good ( The parma ham and buffalo mozzarella and the ham with fontina cheese).

I loved this because the panini was crisp and light while the fontina cheese was melted and gooey.
There was sweet apricot mustard in it as well which balanced the heaviness of the cheese.
+++++++++
purple potato egg puff:

I didn't have any expectations for this because desserts in HK are way too sweet.
Surprisingly, the sweetness was just right because the purple potato gelato isn't very sweet which balances the sweetness of the waffle.
The coconut pieces were the best because it was soft young coconut meat which made me wish it was taro flavoured gelato instead of purple potato.
There were cute oreo biscuits on the waffle to garnish which are about the size of the egg puff bubbles.

+++++++++
Well, I guess I have to come back again for the black forest pancakes and the other panini.

Posted by supersupergirl at Wednesday, April 12, 2017