[雅 ‧悠蔬食 Leisurely Veggie] Vegetarian dimsum to the next level

Vegetarian dimsum is common these days but not necessarily delicious.
I was expecting just the usual vegetarian dimsum but it turned out to be memorable and different.
Currently they are only available at the TST branch, however they do have a dimsum platter at CWB which is slightly different.
+++++++++
Shaomai: 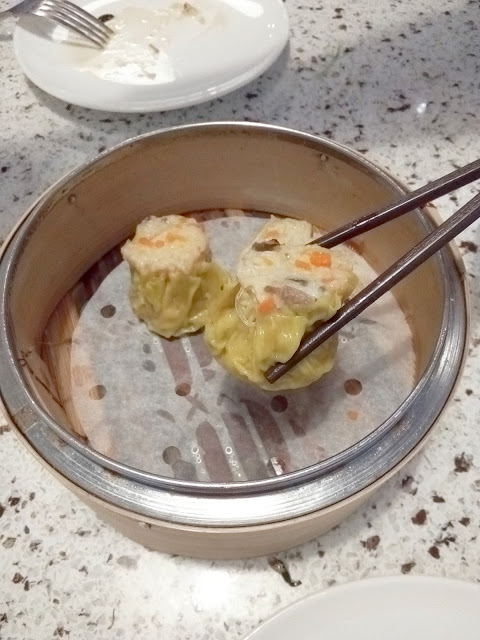 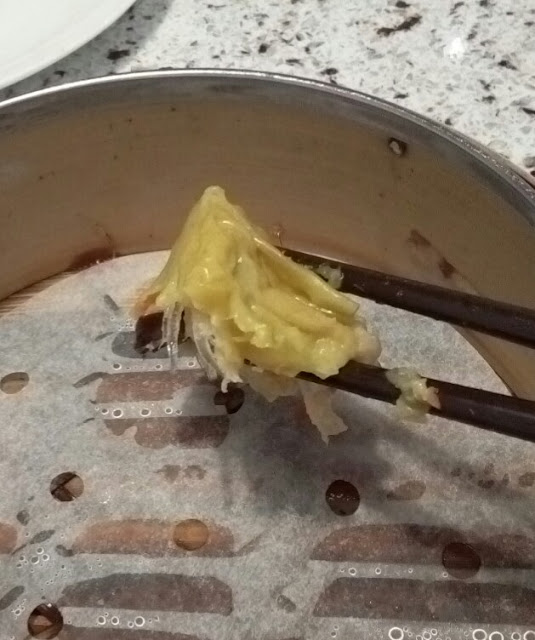 Starting with the dimsum, it wasnt floury or plastic but tasty and even contained a few pieces of vegetarian sharks fin.
+++++++++
fried purple potato balls: 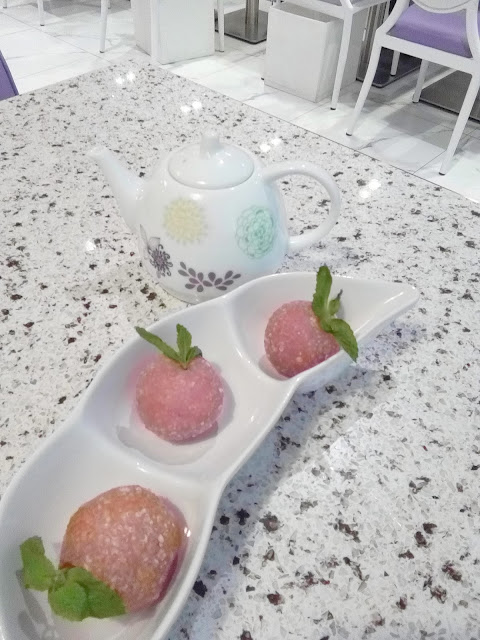 These were deep fried purple potato balls (jeandui) which are crispy on the outside with a soft mochi interior filled with peanuts.
+++++++++
fried veggie dumplings: 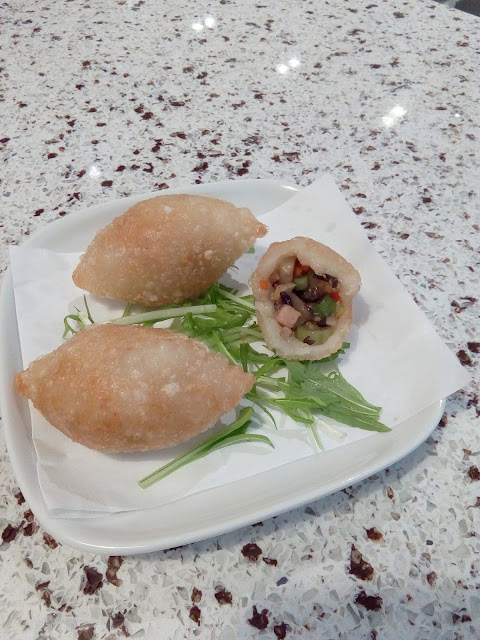 The fried veggie dumplings was similar to the purple potato balls but the filling was savoury vegetables.
+++++++++
Shanghai dumplings: 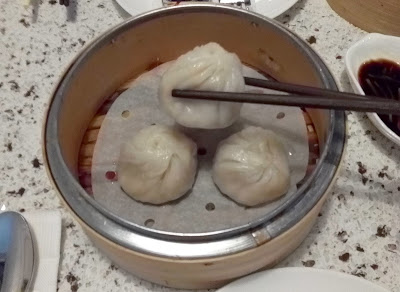 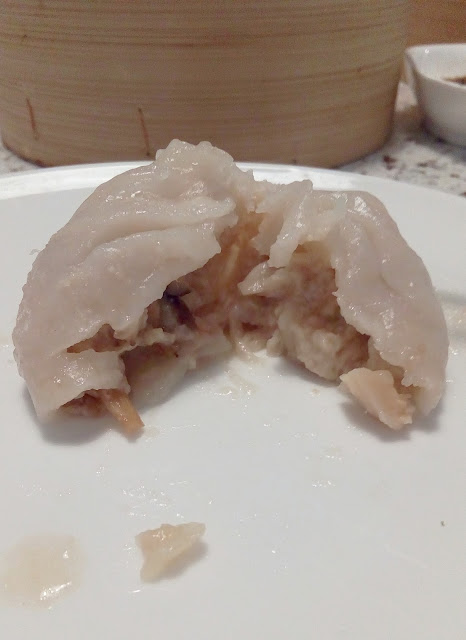 The xiaolongbau is a must try. I always avoid ordering this when I am having normal dimsum because it was filled with pork lard and oil. The pork usually stinks as well.
Here, it tastes so much better just like the real thing. Vinegar is not needed but it makes the xiaolongbau experience complete.
+++++++++
Spinach dumplings: 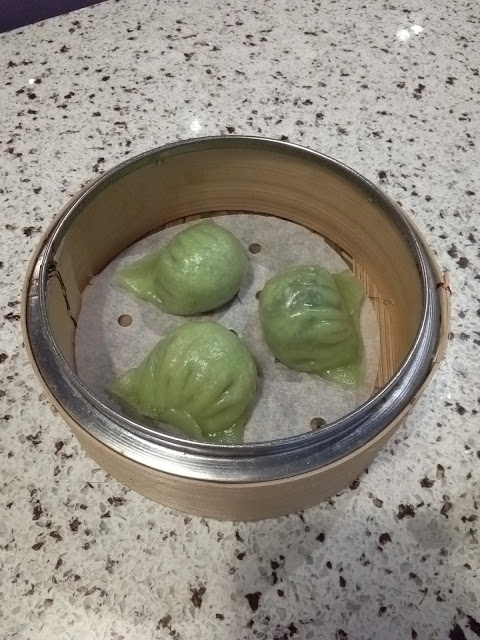 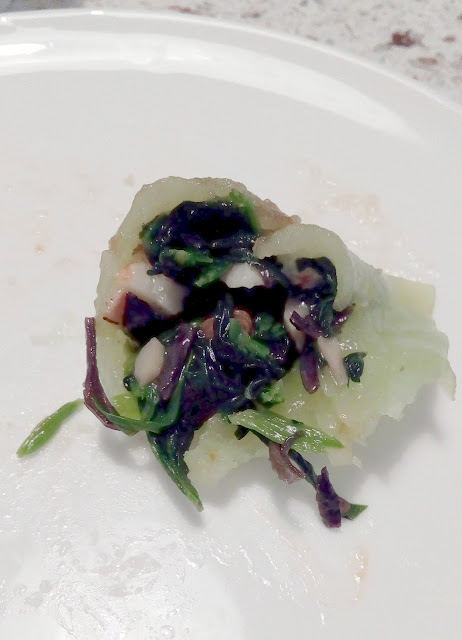 These spinach dumplings are a delight to eat because you can see how fresh and vibrant the green spinach is and the black fungus gives it a great crunch while there are some pieces of vegetarian prawn to give it some flavour.
+++++++++
Dandan noodles: 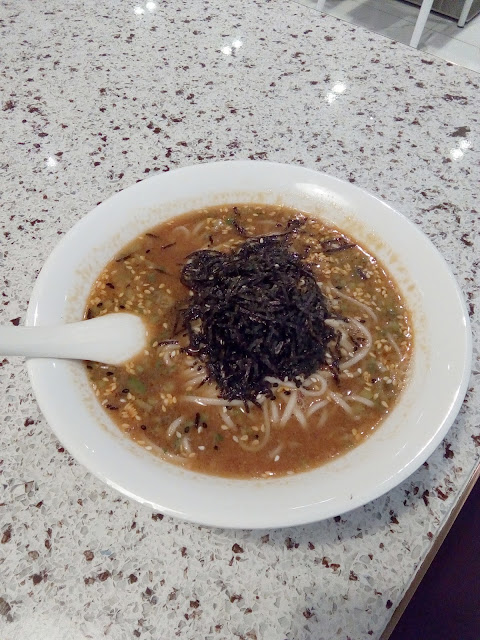 The dandan noodles had a lovely peanut flavour with a good spiciness and there is also a non spicy version.
+++++++++
Steamed beancurd rolls: 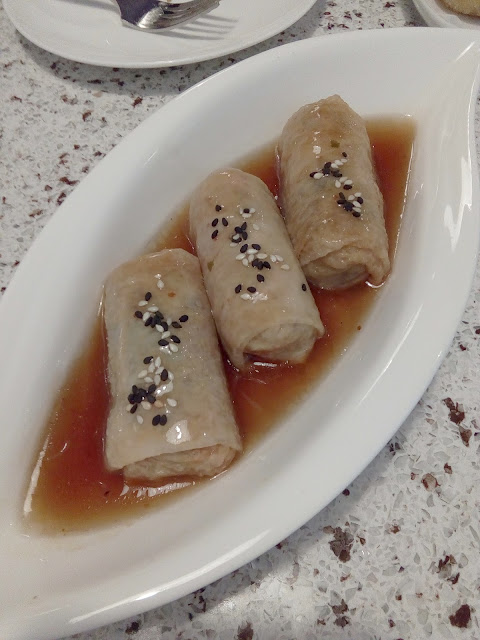 The steamed beancurd rolls were also good because they are not oily like the meat version and it served in delicious gravy.
+++++++++
Steamed purple potato buns: 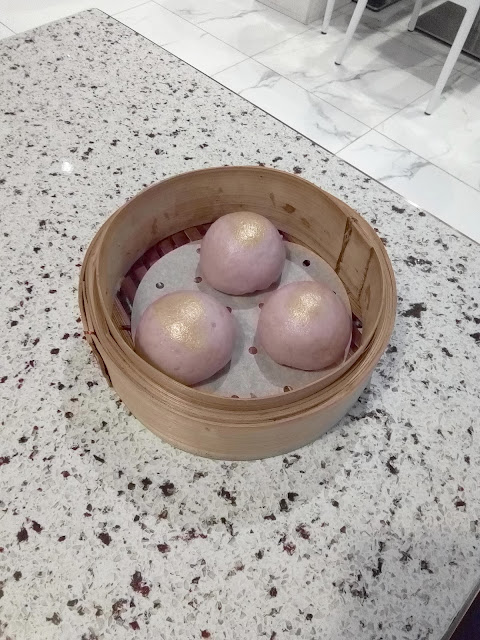 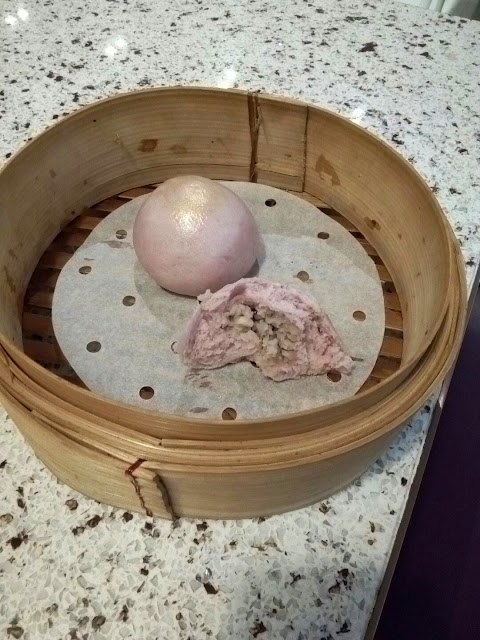 Finished with the soft purple potato buns which were brushed with edible gold and filled with mashed taro in the middle.
+++++++++
Overall, the dimsums were exceptionally good without breaking the bank as it cost $28 per basket. 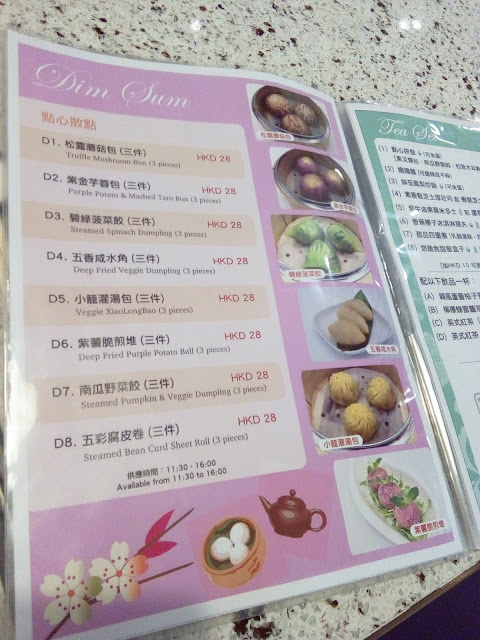 For dessert, I tried this new mango crepe which was light and satisfying. 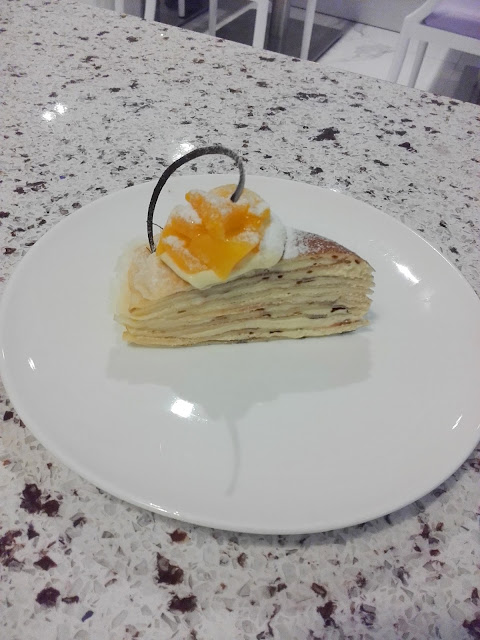 Posted by supersupergirl at Thursday, April 20, 2017