I love fries, chips and basically anything made from potatoes.
When this opened, I really wanted to go but there were long queues as it is typical of HongKongers to check out new things.
This joint is a franchise from the Philippines and it is good to see more joints from south east Asia popping up like J.Co donuts and Jollibee. 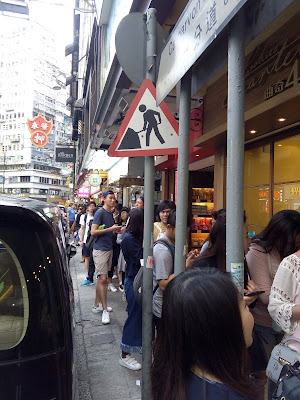 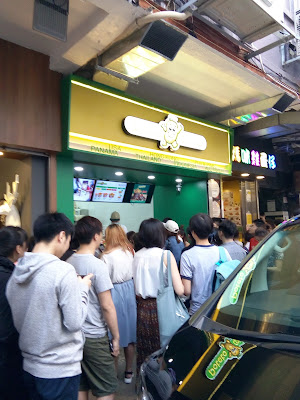 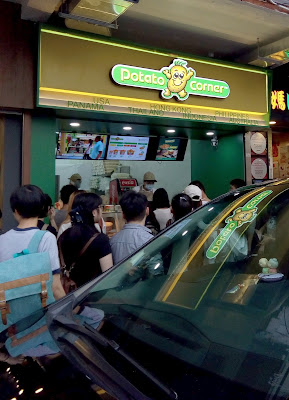 It is interesting to see if this joint will survive because there were similar shops like NYF and Ireland's potato which are both different. NYF was fries with gravy while Ireland's potato was chips with a choice of various toppings like sour cream, meat sauce etc.
Potato Corner is neither the two, it is french fries shaken with seasoning and there are four flavours: cheese, sour cream, chili or BBQ. 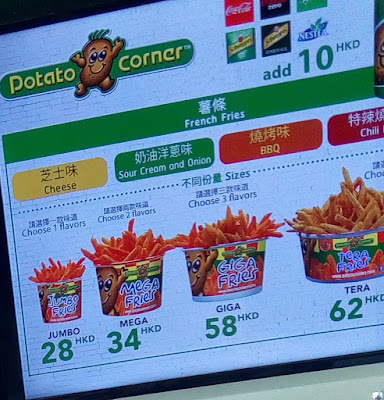 There are four sizes: Jumbo, Mega, Giga or Terra.
I wasn't sure if the Chili was going to be really spicy and whether the BBQ would be sweet so I went for the Mega because you get to choose two flavours where I chose sour cream and cheese. 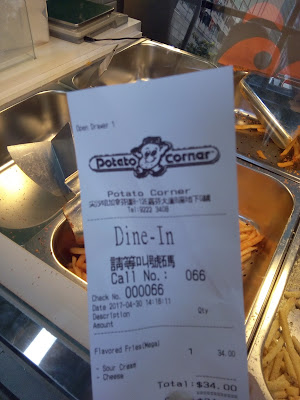 There have been complaints from people who have tried it that the fries were not crispy enough or not hot enough and it is all about timing,
For the issue of them not being crispy, these are French Fries, the same cut and thickness as the McDs ones so if they were crispy, the middle would not be fluffy but anyway I won't bother going into details people Hong Kong people like their fried stuff CRUNCHY and not CRISPY, while in terms of colour, they judge BROWN as being done whereas BLOND is not the thing.
As for the temperature issue, they seem to do a batch of one flavour at a time, there are only a few scoops so if you have ordered four flavours, the first flavour they scoop in the bowl is definitely going to be cold and soft while it takes time for the other three flavours being done unless there happen to be other flavours ready. 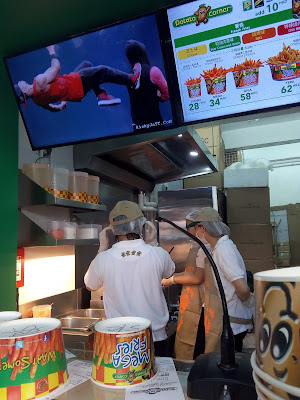 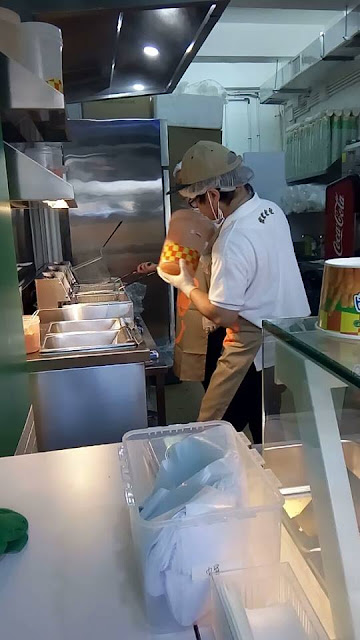 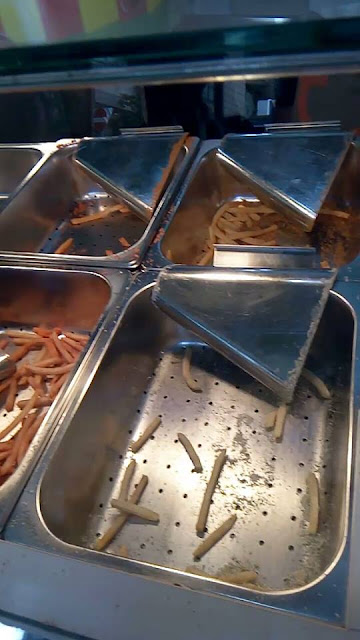 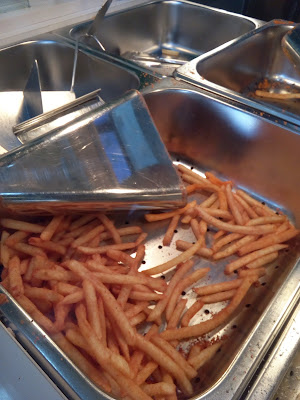 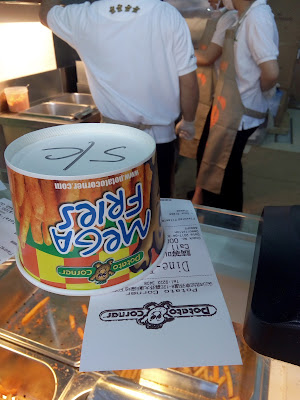 After waiting for a bit, I finally got my fries. 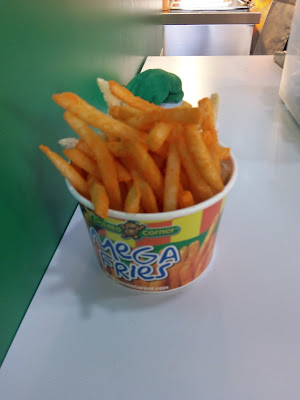 The crispiness was acceptable because I like it slightly crispy with a soft fluffy centre.
As for the flavours, I was disappointed with the sour cream because it had no sour cream taste, it was slightly sweet and garlicky.
The cheese which had a bright orange colour was my favourite because it was like eating fries with a WOTSITS flavour, a British brand of cheesy corn puffs.
If I knew the sour cream was going to be sweet, I would have chosen the CHILI instead as BBQ is probably going to be sweet judging by the sour cream.
As I am curious, I will be back for the CHILI and BBQ, not that I want to get the BBQ but the single size costs $28 so you might as well pay $34 for two different flavours.

Posted by supersupergirl at Sunday, April 30, 2017