Discovered this shop in the summer and it visually made you feel like the street was on fire standing close to it because they have a digital burning fire on the LCD panel. 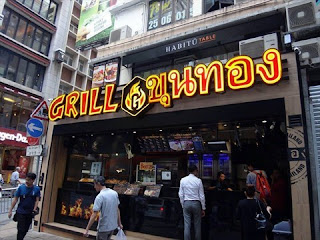 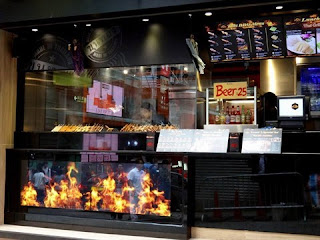 Decided to try it now because the weather was cooler.
I would have had the dry aged steak because I love dry aged meats but it was sold out. 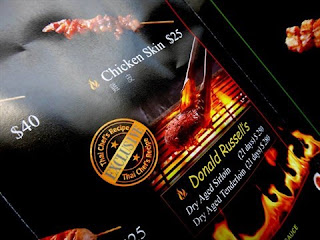 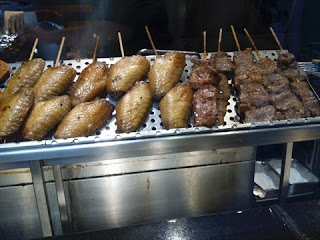 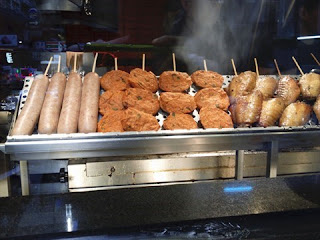 Anyway, settled for skewers and tried the chicken, pork, squid, sausage and asparagus.
The sauces were a bit confusing just like silverthoughts said because for chicken and pork they are paired with satay sauce so you can't choose.
Most of the skewers I had were paired with satay sauce which gave it a nice peanut taste and the beef was most impressive because it was lean and tender. 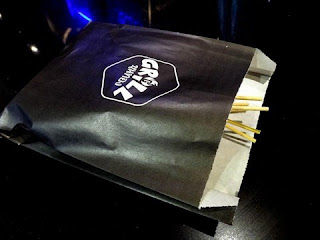 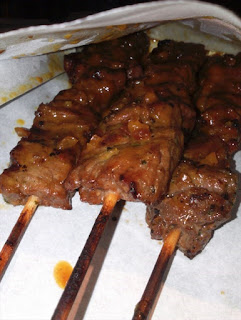 For drinks I had the lime soda which tasted natrual and not sweetened.

Posted by supersupergirl at Sunday, November 01, 2015