Louis' Steak House is a legend in Wan Chai which has been here for decades. 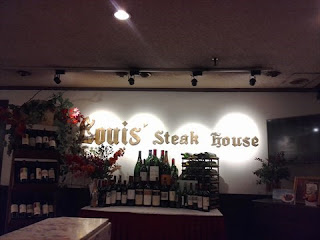 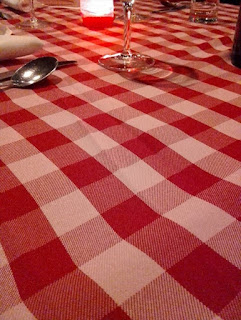 I tried them before because of the fish maw and I am here again because they will be moving.
It is located in the Malaysia building which is evidently old because there is an unpleasant smell at the lobby area that was there on the first visit and still there now.
This restaurant is rather interesting because the Chinese run it and they serve proper western dishes apart from the Fish Maw.
The restaurant ambiance takes you back in time and the decor reminds of this steak house called Beefeater in the UK.
The staff looked like they’ve work there all their life and most of them are senior citizens.
I was very impressed by their diverse menu that ranges from Asparagus with hollandaise sauce to Crepes Suzette.
The table was laid with red and white chequered tablecloth, formal cutlery, flowers and a small candlelight.
★☆★☆★☆★☆★☆★☆★☆★☆
Caesar salad: 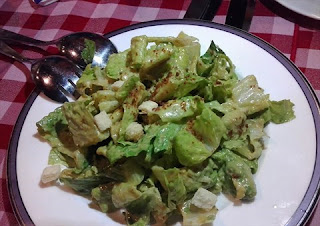 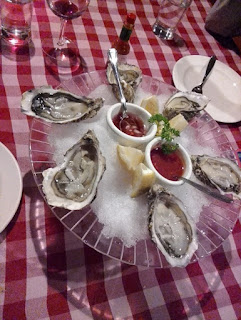 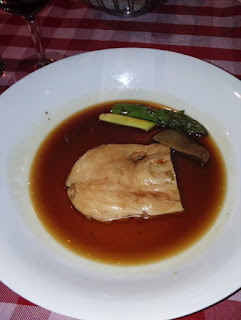 After reading Jason’s review, I used the bread on the sticky fish maw sauce, and it was wonderful.
The fish maw itself was quite thick and gelatinous flavoured by the rich gravy.
Comparing it to my review, the fish maw was bigger this time and the sizes that people get are quite random.
★☆★☆★☆★☆★☆★☆★☆★☆
Fresh crabmeat mushroom soup au Gratin: 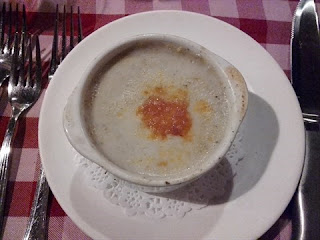 This was baked, so it was very hot with melted cheese on top.
The crabmeat was nice and fresh, but the soup was quite milky.
★☆★☆★☆★☆★☆★☆★☆★☆
For steaks, we had the mini tomahawk which is slightly smaller than the usual tomahawk, it came with creamy potatoes and salad. 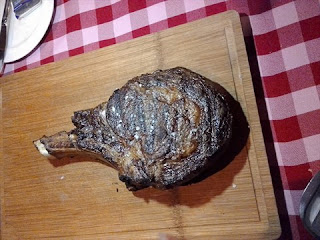 After adding salt, it made the beef much nicer. 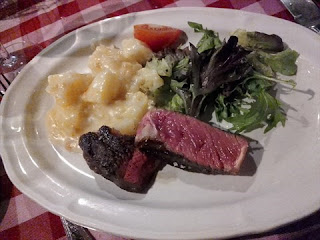 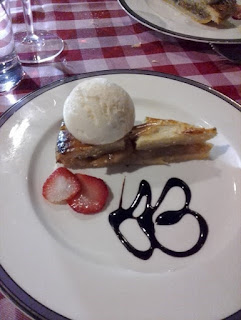 It looked like an ordinary apple pie, but the pastry was so light, buttery and crumbly.
I think it’s the best pie pastry I have had in Hong Kong so far.
★☆★☆★☆★☆★☆★☆★☆★☆
Pancakes with liquor: 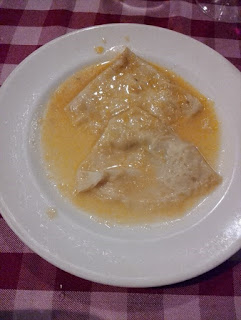 I look forward to their new restaurant because the style is going to be different and not as nostalgic as this.
Posted by supersupergirl at Saturday, November 07, 2015