I found it quite interesting that MOS Burger was offering naans topped with cheese just like a pizza so I went there and tried it.

There were three flavours: seafood, pizza and cheese and tuna.

Only cheese and tuna was available that day and after trying it, I think that would have been the best flavour anyway.
The appearance of the naan reminded me of bicycle saddle seat.

Usually I do not like Pizzas with thick bases but because it was naan bread it was much nicer because it was nice and soft.
Also the cheese was just right and the tomato sauce and tuna tasted strong but each taste was distinct.
In addition there was caraway seeds in it which really enhanced the overall taste. 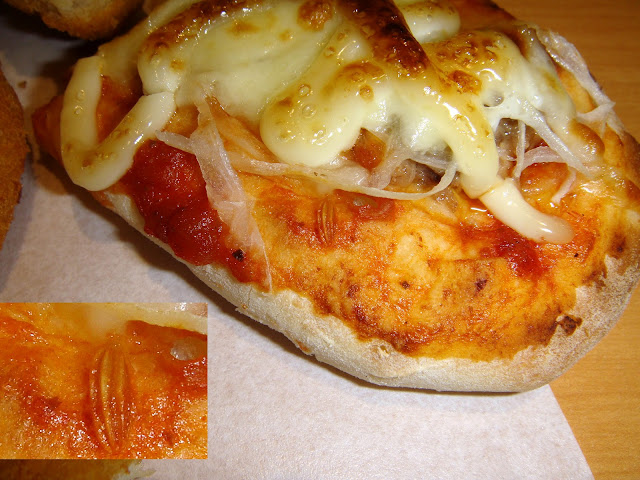 Posted by supersupergirl at Friday, August 17, 2012