To be honest, the only cake I know how to make is fairy cakes with a cherry or icing on top.

At IE, they have cream cake classes featuring lovely cakes. 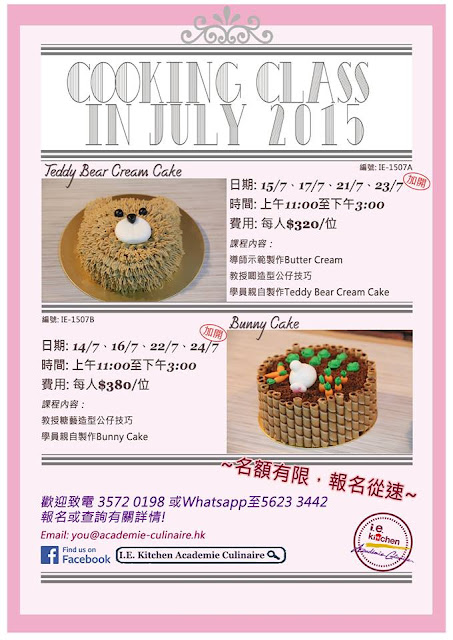 I chose the green tea cake because the piping looked fancy and it was intriguing to know how it was done. 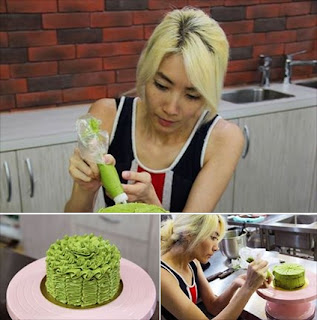 Before the cake was piped, we baked a huge rectangular slab of chocolate cake and used a round cutter ring to press out three slices. 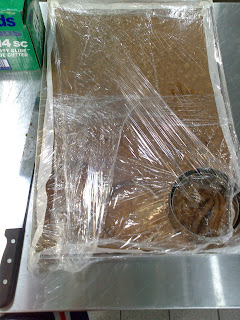 The green tea buttercream was made by folding beaten egg white into butter and adding green tea powder. 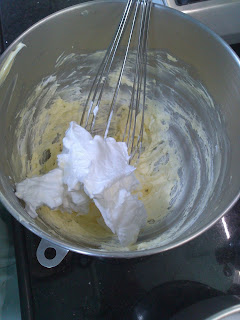 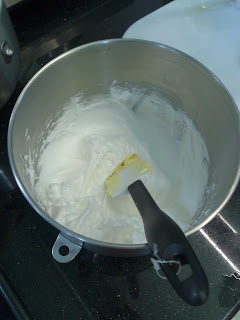 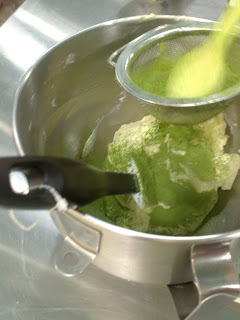 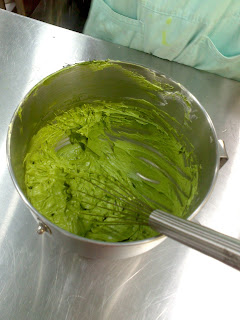 Green tea buttercream was spread on each layer to make the cake base. 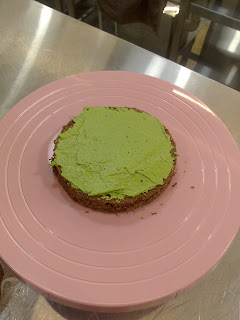 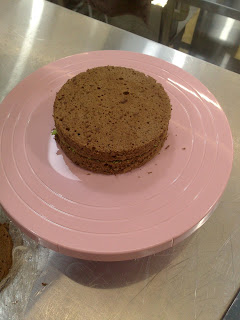 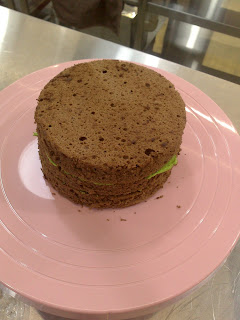 After the cake base was ready, it was covered all over in a layer of butter cream which helps the piping to adhere and gives the cake an all round green finish. 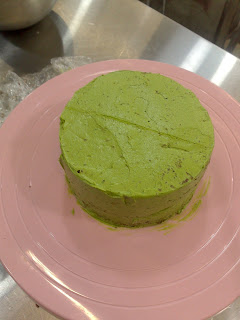 It was then gently marked with a knife to make it easier as a guide for the piping. 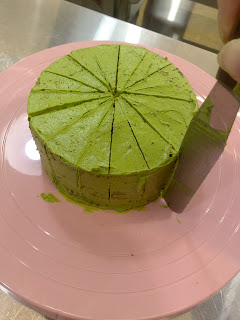 The side of the cake was piped first by piping out horizontal layers in an upwards direction which was repeated until all the sides were covered. 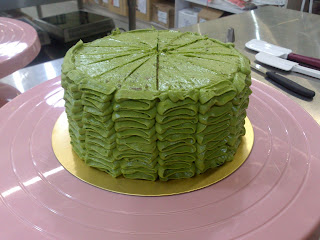 After that, the top was piped using a wider pipe working from the edge to the middle finished with a flowery centre. 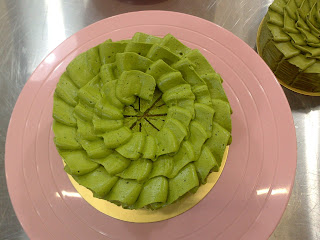 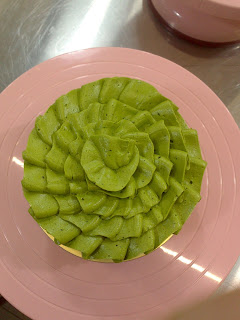 It looked ok for my first attempt at piping but I decided to add some little stars to it to distract the visually uneven piped bits!!! 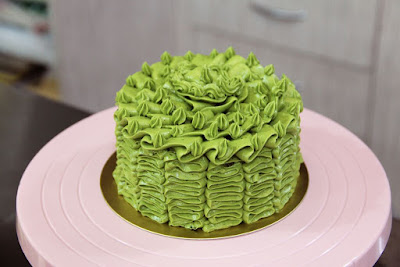 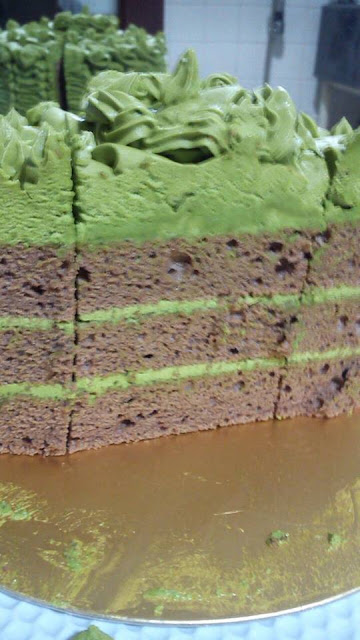 Posted by supersupergirl at Thursday, July 30, 2015