When Helena meets Helena at 好蔡館

I went here because of a bowl of gooey stuff that I saw kanlee post without knowing what it was.
It turns out that this place specializes in Chiu Chow cuisine, which differs from your usual Chiu Chow fare such as oyster omelettes and marinated duck.

The restaurant was nicely done up compared to other restaurants in the area and the guy who looked like the boss seemed well dressed and knew his stuff.

I managed to deduce that the female owner had the same English name as me from her photos on openrice which is interesting because not many locals would know this name, although there is a famous actress in HK with that name.

I was given this name because I was named after a Finnish friend of my parents but many locals can't pronounce it and hear this other name.

Anyway, let’s get back to the food. 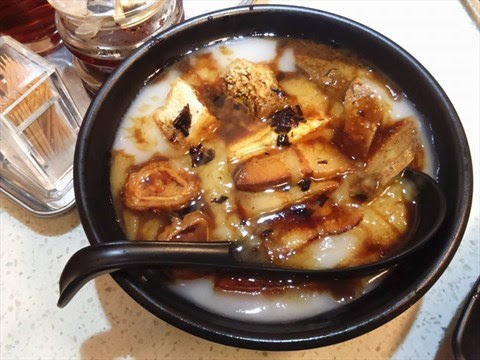 There isn’t an English name for this dish so I won’t bother making up an English name for it.
Basically it was like soup with pieces of flour which are like sheets of lasagna made of rice flour and the gooey liquid consists of the broth and flour.
In the soup, you will find pieces of tofu puffs, pork intestines and bits of meat.
I found it really tasty having the broth and the pieces of rice sheets together because the sauce on top was strong with hints of aniseed and soy sauce taste.
★☆★☆★☆★☆★☆★☆★☆★☆★☆★
Noodles in liver sauce: 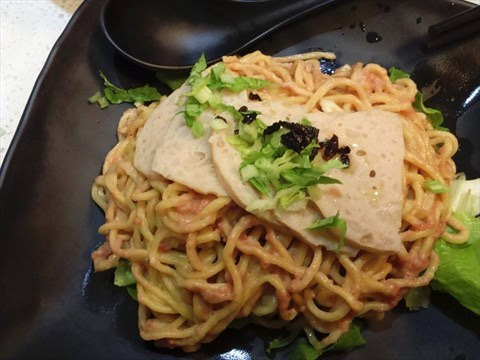 They have used a special goose from Shantou which has big livers to make this rich sauce.
I liked how a simple dish of noodles was made luxurious by adding liver even though the owner says it is not foie gras quality liver.
The noodles were thick and velvety with a slightly bitter aftertaste.
To be honest, I prefer the taste of these livers because they were heavier and thicker.
After vinegar was added, the noodles become more appetizing because it cuts the heaviness of the liver.
On top of the noodles were slices of Chinese sausages and fried spring onions which are really springing with taste.
★☆★☆★☆★☆★☆★☆★☆★☆★☆★
Pork soup: 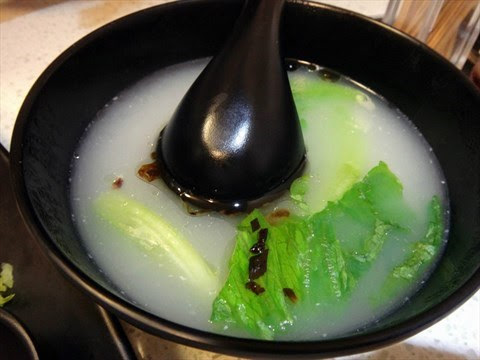