This was my first year at Wine and Dine thanks to Openrice and City garden hotel for transporting us right to the entrance.

It was extra special because we went on Halloween and some bloggers from Asia who won the overseas Openrice "Be my guest" competition. 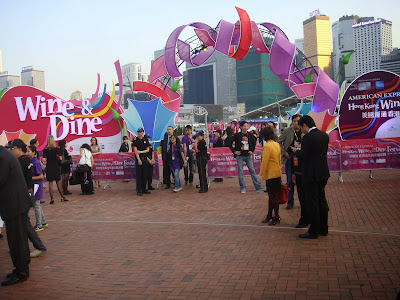 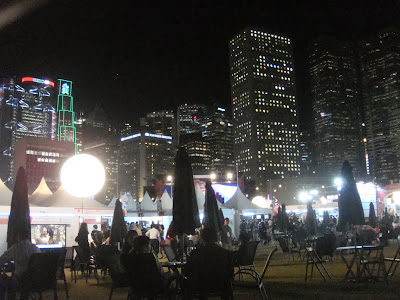 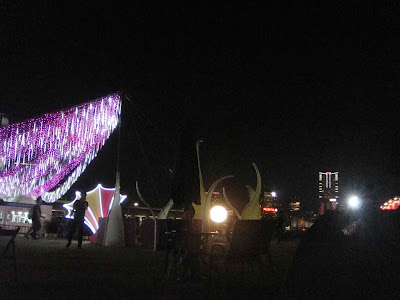 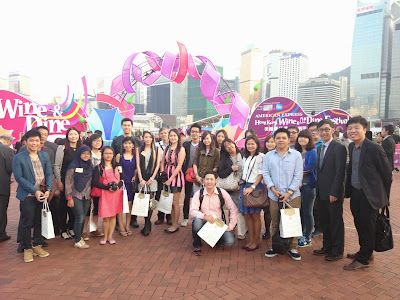 Before you go in, you are given a starter bag which contains a wine glass and a booklet of coupons for free wine and food tasting.

There are two types of food coupons depending on your pass, the ones I got were VIP coupons which entitles you to full portions of food according to the information and the normal ones are worth $10 per coupon.

It was confusing at first because I have not attended this before and some booths were mind boggled by these coupons, some treated these VIP coupons for half portions, and some treated them as being worth $10 so I did not the coupons on these booths.

The gelato was quite nice and not too sweet.
It was smooth, thick and not icy.
I liked the bitterness of the caramel.
★☆★☆★☆★☆★☆★☆★☆★☆★☆★☆★☆★
Le Canele D'or
Le Canele D'or does not do retail and only takes orders for delivery so this was one of the booths I had to try.

The boxes for these Canelés were quite classy.

The canele was quite hard with a bitter caramelized crust and inside it was quite sweet and chewy.
I was expecting the middle to be eggy and soft but it was not.
It is similar to eating the burnt edges of a bread and butter pudding.
★☆★☆★☆★☆★☆★☆★☆★☆★☆★☆★☆★
IPC Foodlab
While we were chilling out admiring Hong Kong's Victoria harbour at night, a guy from IPC Foodlab gave us some desserts to try.
+++++++++++++++
Strawberry panna cotta:

I loved the cute presentation of this dessert, it came with a mini silver plated plastic spoon too!
Anyway it was sweet smooth milky tasting panna cotta at the bottom covered with delicious fruity strawberry sauce on top.
A real treat from IPC because Fanling is too far and I don't know how to get to Fanling.
★☆★☆★☆★☆★☆★☆★☆★☆★☆★☆★☆★
La Parole (Sheung Wan)
It was good seeing La Parole at Wine and Dine because I have yet to try their restaurant.

Not keen on beef but just felt like trying it.
The mash with the beef was really nice, it was dense and silky with a strong potato taste and the beef sauce was rich.
++++++++++++++++=
Foie gras with caramelized apple:

The foie gras was nicely done, it was gently cooked leaving it soft and silky on the inside with a firm texture while the tart caramelized apples complimented it nicely balancing the heaviness of the foie gras.
★☆★☆★☆★☆★☆★☆★☆★☆★☆★☆★☆★
City garden hotel:

We tried a huge South African abalone which was cut into smaller pieces.

The abalone was served chilled and it was not covered in thick gravy.
It was soft with a nice springy texture and the light sauces and spices were perfect because it did not over power the natrual abalone taste.
Definately worth trying and I regretted not going back for more using those Food coupons.
★☆★☆★☆★☆★☆★☆★☆★☆★☆★☆★☆★
Posted by supersupergirl at Friday, November 01, 2013

Email ThisBlogThis!Share to TwitterShare to FacebookShare to Pinterest
Labels: tasting