Went back to Pololi because I had a craving for rice and sashimi. 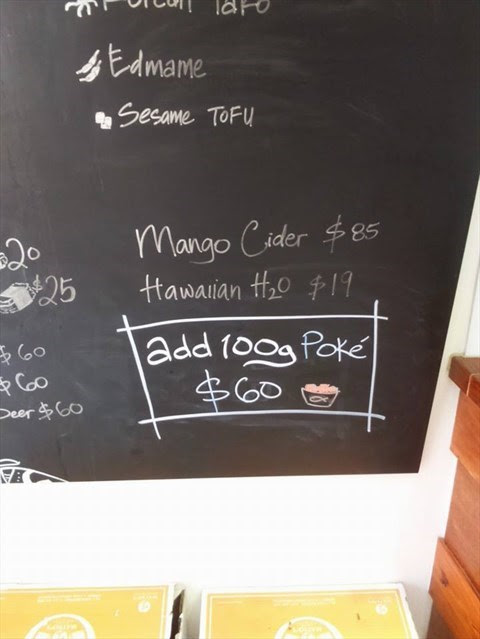 There were new items so I tried the Tuna patty and brown rice, which were not there before.
I added an extra $60 for extra poke which was not as much as I imagined because I was going to try all the flavours and write them here but you only get a few cubes of each so I decided to get two flavours instead. 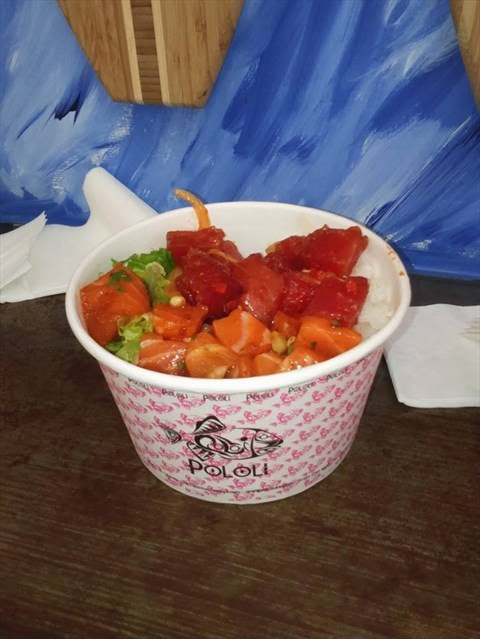 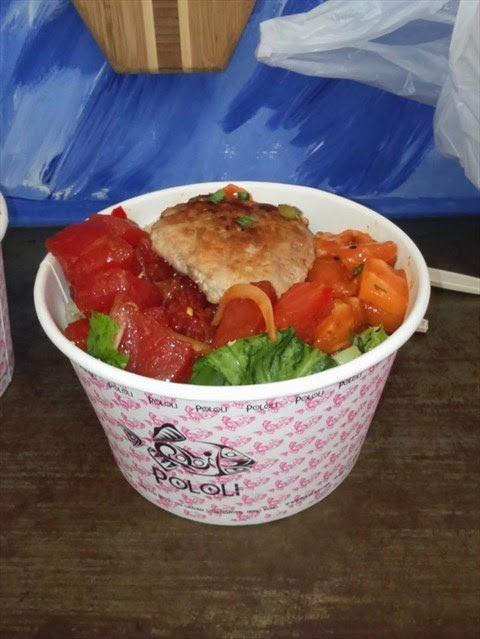 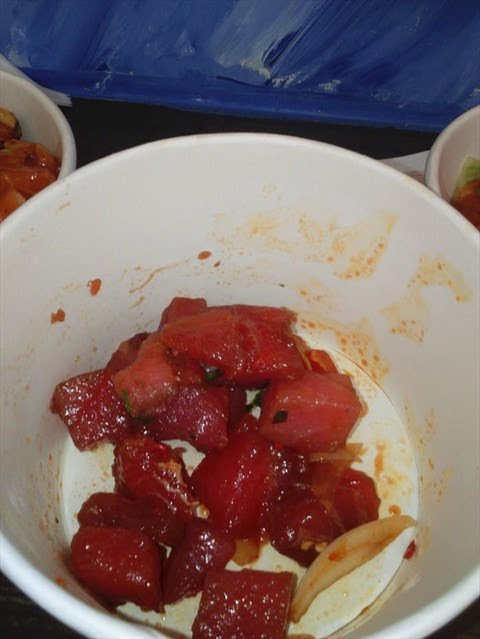 The brown rice was definitely good because the texture was coarse with a fragrant wheaty rice flavour.
As for the tuna patty, I found it a bit dry and the cubes of tuna had quite a fair bit of membrane in it which was difficult to chew. 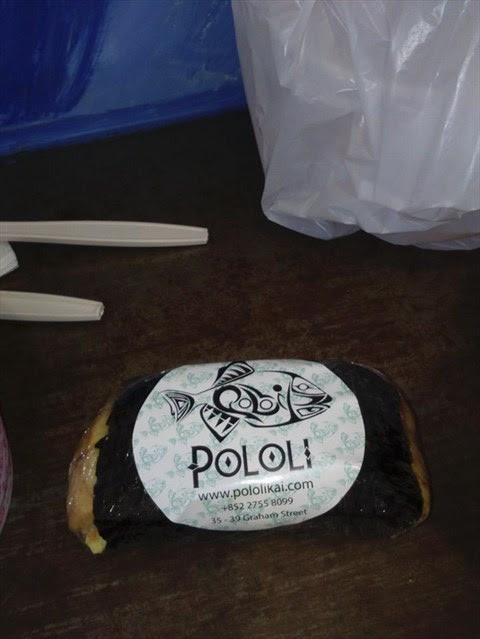 I also had spam musubi because the spam is really good and I love the saltiness that goes nicely with the rice, seaweed and egg.
Posted by supersupergirl at Saturday, September 26, 2015