Mecca is a place where Muslims around the world go to complete their pilgrimage at least once in their lifetime. I wanted the Egyptian samosas but they didn't have it.
Ordered the Salt grilled mackerel with bread and fries.

It took quite a while for the food to arrive and it was not that hygienic because my partial complete food was put on this area where people were ordering over my food so their shixxy spit was dropping all over it. 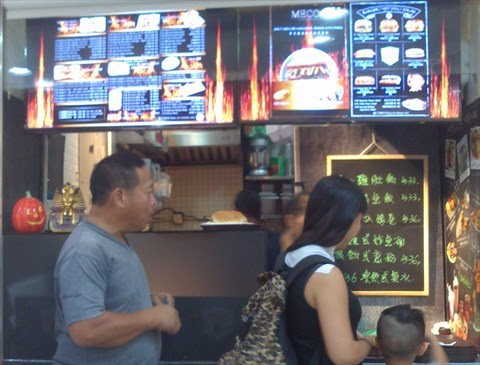 Anyway, finally it was complete so I was able to collect it.

The mackerel is basically the same ones served in Japanese restaurants.
The bread was local chinese bread which i don't like stuck with a few sesame seeds but earlier photos on openrice seemed to show a baguette. 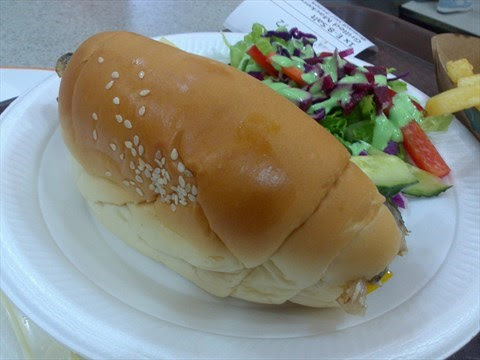 The fish was not hot enough and a bit underdone because it was still very wet and jelly like and the skin side looks like a raw piece of fish because cooked fish skins shrivels up and the skin was smooth. 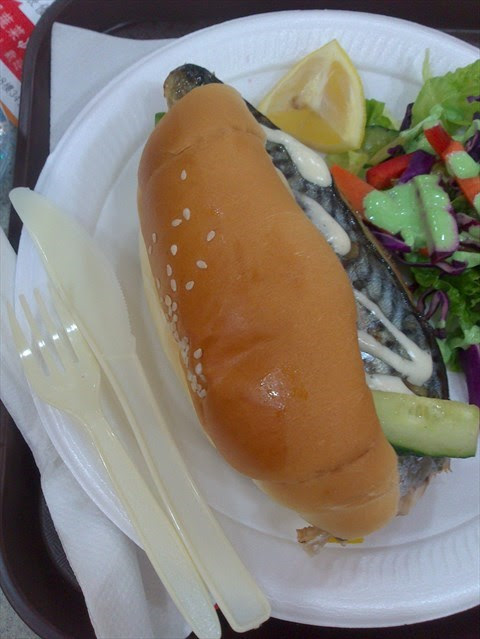 But overall it tasted ok. The chips were a bit overdone because they were too crispy. 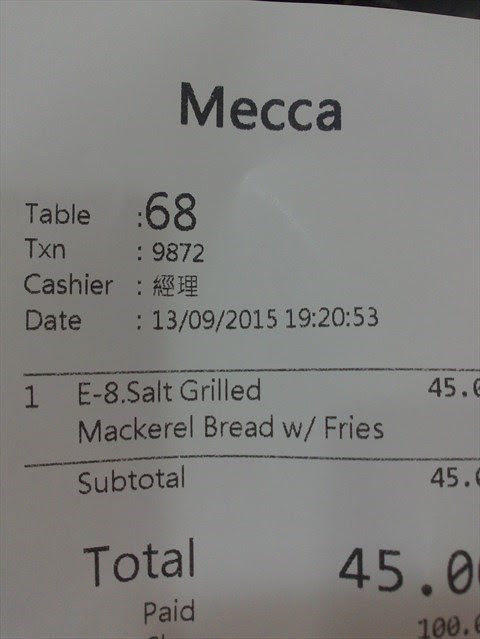 Posted by supersupergirl at Sunday, September 13, 2015