$15 can be a lot of money depending where you are.
In HK, you can't get anything, not even a decent cake or a cup of tea.

At McDonalds they have a $15 tea set which their staff do not even know about because when I ordered, I had to show them a photo which I took at their restaurant. 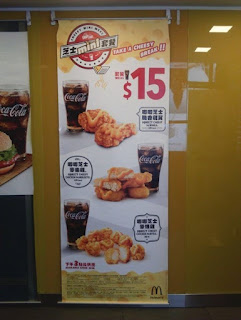 After I showed them, they were fumbling with the POS to key in this order. 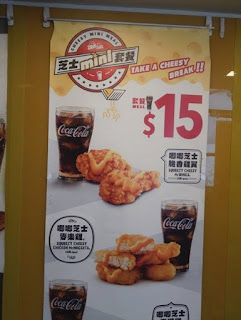 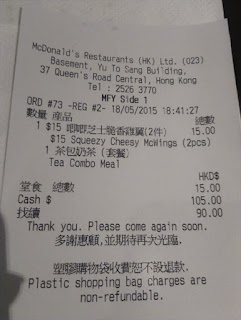 For $15, the deal was good because I could get a decent cup of tea which $15 won't buy me, and there was a bonus too, a choice of chicken wings, popcorn chicken or chicken nuggets with SQUEEZY CHEESE SAUCE!~ 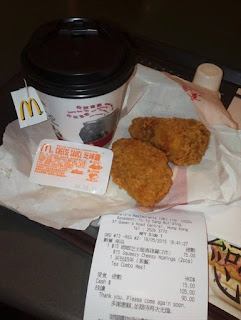 The tea was good because I got the teabag one and the chicken wings were crispy and spicy.
I also tried the popcorn chicken which were bitesized coated in crispy coating. 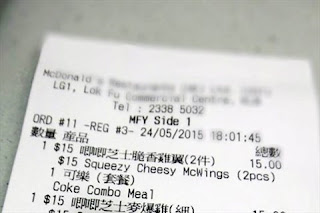 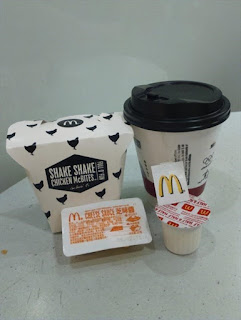 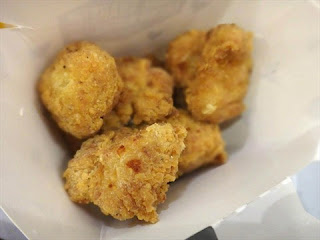 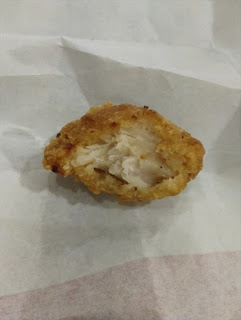