I don't usually write about local Sai Kung food, but since others have written about it I decided to as well.

This place renowned for their boneless chicken Hainanese style.

Anyway, I am not sure if this restaurant is Thai Style or Chinese style because they have an introductory about their chicken and how it is made to suit Hong Kong tastes.
But the items found here such as the chicken and braised pork knuckles are found in Thai Restaurants.

As for the drinks it was Chinese style so if it is Chinese style then it doesnt matter, but if it is meant to be a Thai style restaurant then I would have hoped to see Lime cordial or Iced lime on the menu or even Iced longnan water.

++++++++++++++++++++++++++++++
Pork and Salted fish patty:
Each patty had been rolled flat to perfection before it was fried.
It looks like there is only one piece of patty but there was another patty beneath it.
The taste of this patty tasted exactly the same as the 煎鹹魚肉餅 @ 清水灣電影製片廠 (Not to be confused with the old TVB building in CWB).
However the version here was slightly sweeter so I prefer the one @ 清水灣電影製片廠.
The patty was crispy and crunchy on the outside and soft on the centre. It has been made so that it is thin and can be easily fried.
It is slightly sticky but the quality of the patty was good, there was no grounded bones or pork tendons.
I am not sure if the canteen at 清水灣電影製片廠 is open to the public, but there are always police dining in there, as well as the 煎鹹魚肉餅 another signature dish crispy chicken thigh steak with crunchy vegetable coating on it. 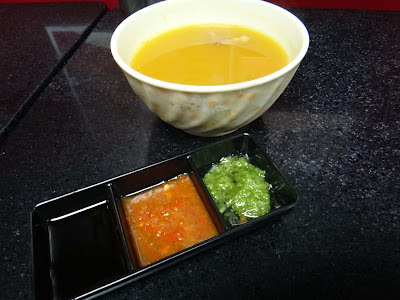 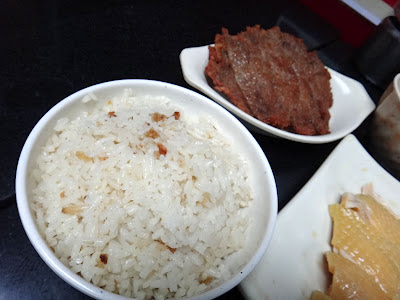 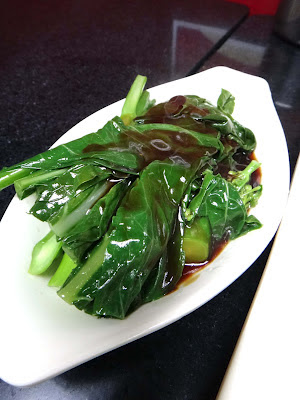 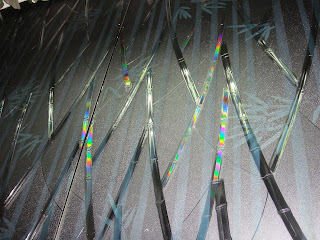 Posted by supersupergirl at Tuesday, April 24, 2012