Feel the warmth and the fun of hotpot

Thanks to 鍋居火鍋專門店 for holding this tasting.

I have not had many hotpots before because the weather was always hot.

Luckily, it was relatively cool that day.
For the hotpot broths there were satay, tomato, and silkie chicken inside a pigs stomach.

I adored the silkie chicken broth because it had the natrual sweetness from the chicken and the silkie chicken was good to eat.
Normally I do not eat organs but the pig's stomach was surprisingly nice and tasted like abalone.
While I was there, I saw another table have the young coconut with spring water and free range chicken broth (椰青礦泉水走地雞鍋).
They poured the coconut water in the pot and scraped the coconut meat into the broth to give it a really sweet flavour.

Anyway, I really enjoyed the hotpot and my favourite items were the fried tofu skins which were light and crispy.
They were sinfully delicious after soaking the delicous broth.

There was also fresh mountain yam too.

Then there was the pigs throat which looked interesting!!
As I have never tried it before, I had to try it because I havent seen it elsewhere.
It was similar to eating cartilage and they taste great after dipping it in sauce.

Lastly there were delightful golden preserved eggs which I have always wanted to try.
On my next visit, I will ask for the sauce to be put on the side because it can get quite spicy.

The peanuts (wong fei hung) were delicious as well because they were roasted with sichuan peppercorns which gave them a special fiery kick.

Can't wait to come back!
This was a very special tasting because it was featured on the HK Headlines free paper. 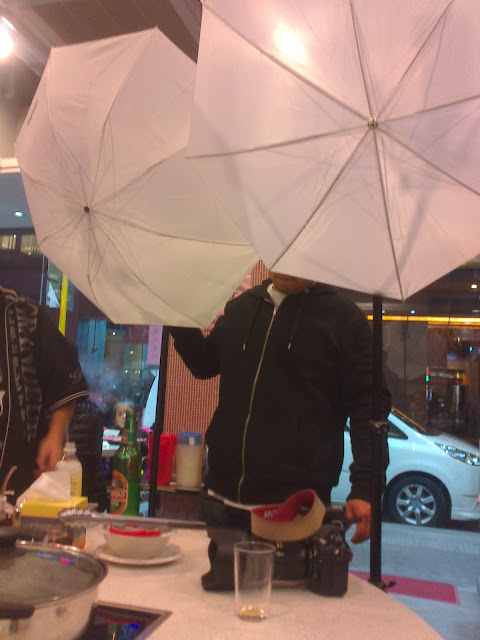 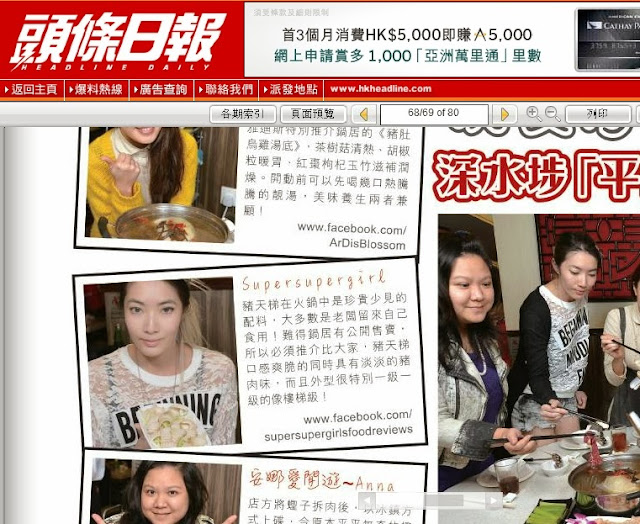 Posted by supersupergirl at Friday, December 06, 2013